Originally from Montana, Rachelle DuBose Caruthers initially received a degree in Marketing from University of Utah in Salt Lake City.  She moved to Texas in 2006 to be close to family, and to pursue a career in Social Services.  She is currently working on her Masters in Social Work at UT Arlington.  Rachelle is the Program Coordinator for Texas Health Dallas’ Movement Disorders Education and Resource Center.  One of her current priorities is a Parkinsons Support Group that will be launched on August 19, at 7PM.  The meeting will be held in the Patio Café of 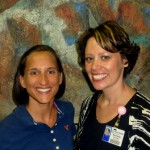 the hospital’s Jackson Building.  Register for this event at dallasmovementdisorders@texashealth.org.  In her spare time, Rachelle is learning to speak Danish!  Rachelle can be contacted at the Resource Center at 214-345-4224.

Marianna Clement is originally from Shreveport, Louisiana.  She came to Texas in 1998 to attend Baylor University, from which she has been awarded both a Bachelors Degree in Exercise Science, and a Masters in Community Health Education.  Marianna was introduced to Texas Health System during a 2001 internship while she was still attending the Baylor undergraduate program.  She loved her work there, and two years ago she accepted a position as a Fitness Specialist and Aerobics Program Manager.  As part of this role, Marianna oversees the MS and Parkinsons Aquatics and Tai Chi programs.  She loves the direct interaction with the people in the program!  Marianna can be reached at 214-345-4512, or via email at mariannaClement@texashealth.org.  Visit the Texas Health website at www.texashealth.org. 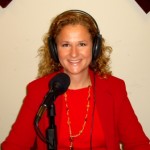 An Atlanta native, Raquel Bustos started her career in administration and corporate meeting planning.  Though she was good at it, this was clearly not her life’s work.  As she looked to do something that had a more significant impact on people, she landed a job as an Activities Director at a local assisted living.  She discovered that she loved to sing, and to engage her residents in singing.  This led her to begin doing this as a full time vocation.  Today she performs in more than 75 senior centers, assisted and independent living facilities.  While she loves to perform, even more, she loves to take her audience on a trip down memory lane, getting the audience to perform with her.  Raquel can be reached at (404) 444-6335, or via email at raquelbustos@bellsouth.net. 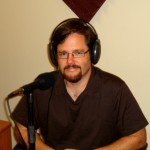 Bob Brinson did what many young college grads do:  He went to college, took a job in Corporate America, went back to school for his MBA in finance and started climbing the corporate ladder.  Approaching 10 years with his company, Bob had a decision to make:  Commit to a lifetime career with the company, or do something else that he was more passionate about.  At his wife’s prompting, Bob left his corporate career to become a personal chef, starting a company called Gourmet Innovations.  A little over two years ago, a business acquaintance noted that the elderly were often not eating nutritious foods on a regular basis.  As he did his research, Bob discovered that those who were not eligible for Meals on Wheels were often not eating regularly, and there was a real market for a nutritious meal delivery service to the home.  His company provides seven unique and healthy meals each week.  He loves the personal touch, and enjoys the relationships he has built as he has served his clients.  Chef Bob can be reached at (404) 797-7323, or via email at chefbob@gourmetinnovationsinc.com.  Visit his website at www.gourmetinnovationsinc.com.