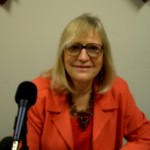 N. Wallace Kelleman, “Wally” to her friends, is nearly an institution in the Atlanta Elder Law community.  A lifelong student, Wally attended law school in the late 1980s, and graduated with two law degrees – one from Western New England College of Law, and one from Emory School of Law.  After 38 years as an RN, Wally recognized a gaping hole in the services available to Atlanta’s senior population, and formed The Kelleman Law Firm.  As one might expect, Wally spends time with clients helping with a broad range of issues, including estate planning and asset protection.  But more importantly, in Wally’s own words, she is “the conscience of the client or family.”  She is asking the difficult questions like, “who will support you when you are no longer able to support yourself?”  Wally can be reached via e-mail at attynwk@aol.com, or by phone at (770) 736-0369.  Visit her website at www.kellemanlaw.com, or visit www.nolo.com and drill down to Gwinnett County, Georgia. 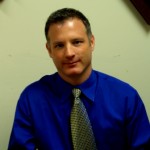 After earning degrees in both English and History, Dan Munster did what anybody would do with those two degrees.  He went back to school to study Law!  Upon completion of his law degree, Dan had the privilege of working for Atlanta Legal Aid for five years.  During his tenure there, he was allowed to choose the area of law he wanted to practice.  Dan chose the Senior Citizens Law Project as a result of his relationship with his paternal grandmother, and her experiences as a senior.  Dan started his own private practice in 1999, and now is one of Georgia’s foremost experts in Medicare and Medicaid.  Dan can be reached 404-920-0521, or visit his website at www.georgiaelderlaw.net.