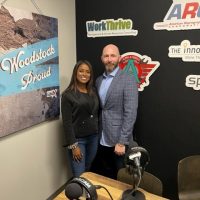 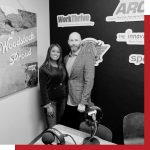 Zahara Fallaw is a 20+ year professional in the staffing industry. She is currently VP over the commercial staffing division of a premier Atlanta staffing and recruiting company.

Having worked her way from the ground up, she is very adept at handling both operational and sales functions and leads her teams every day to help solve customer issues.

In addition to her day job, Zahara is wife, mother, an avid motorcyclist, and movie buff. In her spare time, she helps lead a women motorcycle collective, The Litas Atlanta, is a Harley Rider/Ambassador and enjoys introducing non-riders to the motorcycle world.

Chuck Fallaw has been a servant leader in the staffing industry for over 20 years and has been fortunate to oversee placing nearly 150 thousand people in some of the largest companies on the world.

He takes pride in improving his client’s ability to attract  and retain top level talent across a multitude of industries. In addition, he is a screen writer, indie producer and an influencer in the motorcycle community.