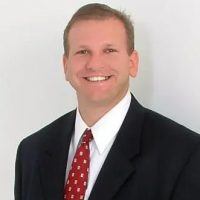 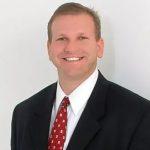 Aaron Marshall, CEO and Founder of Keyrenter, graduated from the University of Utah in 2001 and immediately started making a name for himself in the real estate business. By 2003, he found his niche listing and selling REO and bank foreclosure properties and began building his team. In 2005 he joined Keller Williams where he worked as Loss Mitigation Specialist to help people save their credit and avoid property foreclosure.

He was awarded The Large Sales Team of the Year in 2009 for the Salt Lake Board of Realtors Association. The Marshall Team ranked as Top 100 Sales Associate Teams by the Wall Street Journal for two years running, 2010-2011. As an avid real estate investor, agent, and broker, he could also be heard every Saturday morning on “Utah Real Estate with the Marshall” on 105.7 KNRS, in 2010-2012.Then In August of 2013, Aaron sold his real estate team to focus solely on the property management business.

Aaron feels strongly that every success in life is dependent on building long lasting positive relationships, both personally and professionally. He is passionate about helping people prepare for their financial future through entrepreneurship and real estate investment.

In his personal life, Aaron appreciates books, which help him to be a better business owner, leader, husband and father. He credits his family for inspiration and motivation, and devotes as much quality time as possible to his wife and three children. They enjoy travelling abroad and view it is as a fun and educational way to teach cultural diversity and tolerance. He is an avid outdoorsman and wild life fan who enjoys sports and recreation. In between commitments, he and can be seen searching the web for the latest news on business trends, technology and online marketing strategies.