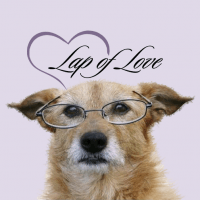 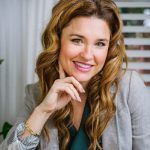 Dr. Dani McVety founded Lap of Love Veterinary Hospice just 3 months after graduation from the University of Florida College of Veterinary Medicine. Now an Inc 5000 company and 5-time recipient of the Gator 100 award, Lap of Love has visited the homes of over 150,000 families, with a nationwide network of over 120 passionate doctors and a full-time interdisciplinary support staff. Their team is dedicated to making the end of life experience for pets, and the people that love them, as dignified and peaceful as possible.

Dr. McVety has become widely known among veterinary students nationally and internationally for her ability to authentically share her personal struggles through veterinary school. Her underlying message is one of accountability, hard work, and a focus on entrepreneurism.

Dr. McVety and Lap of Love have been featured on numerous local, national, and professional media outlets including the New York Times, Washington Post, Entrepreneur Magazine, Huffington Post, and many more. She is proud to be a Gator and is the youngest recipient of both the UF CVM’s Distinguished Young Alumni Award (2013) and the Florida Veterinary Medical Association’s President’s Award (2014). She was honored to also receive the Tampa Bay Up and Comers 40 under 40 Hall of Fame award and the Pet Industry Woman of the Year in 2017.