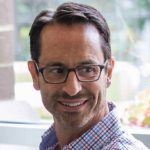 Michael Moorhouse began working for David’s lawn care company back in 2008. Over the next few years, as the locally run mosquito business continued to grow, Michael began focusing his efforts on Mosquito Shield.

In 2011, the decision was made to grow Mosquito Shield nationally. David and Michael began working together to develop Mosquito Shield Franchise Corporation, and formalized the effort in February of 2013. Michael started representing Mosquito Shield at franchise shows around the country and has now opened franchises in 24 states.