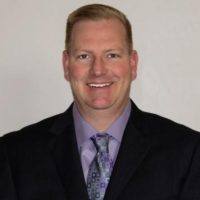 Brought To You By SeoSamba . . . Comprehensive, High Performing Marketing Solutions For Mature And Emerging Franchise Brands . . . To Supercharge Your Franchise Marketing, Go To seosamba.com 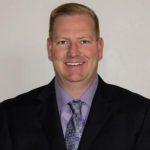 Lawrence Curell serves as President and Chief Executive Officer of Better Deal Printing, LLC, BDP Franchising, LLC and The Coffee Peddlers, LLC. In 2001, Lawrence started his first business and quickly grew to serve clients in 92 countries on 4 continents and all 50 U.S. states. In 2009, the company headquarters was moved to Prescott, AZ. In 2011, a large format and signage division was added to better serve clients and fill additional needs. In 2013, an apparel and promotional products division was also added to establish a foothold in the growing promotional product and branded clothing industry. In 2014, franchise opportunities were established and Curell began to offer them to the public with a focus on putting Veterans to work in their own business using a successful and proven business model.

There are a total of 9 units that are Veteran owned and operated. The Coffee Peddlers was established in 2019 as a mobile coffee company with a focus on low cost entry points and the ability to put Veterans to work owning their own business for less than $15k. Franchise opportunities will be launched in 37 U.S. States in September, 2019, with the give-away of a franchise to a deserving Veteran on Veteran’s day 2019.

Curell is responsible for the day to day operations and management of the companies, with an emphasis on creating a culture where employees and clients are working together to form creative solutions to their needs. Curell is also focused on future growth, actively engaging in the franchise process to take the companies to a more local level in all 50 U.S. states, allowing others to own their own Better Deal Printing or The Coffee Peddlers franchise in their community. The company headquarters will remain in Prescott, AZ.

The company and Curell have earned numerous awards, been featured in Vetrepreneur™ magazine, Entrepreneur magazine, Franchise USA magazine, Franchise Times magazine and won the Diversity Inc’s “Top 500” U.S. privately held companies title in 2013, 2017 and again in 2018. In 2017, Curell was awarded the U.S. Veteran Entrepreneur of the year award for franchising for the United States, edging out 3.6 million other Veteran business owners to win the title. Additionally, Better Deal Printing was nominated for the national Golden Ink award for service, value and quality in 2014, 2015, 2016 and 2017.

The Coffee Peddlers, under Curell’s management and direction should also achieve rapid growth and results nationally with a focus on Veteran Entrepreneurship. Curell enlisted in the Army in 1992. He served with the U.S. Army’s Special Operations Command both domestically and overseas. He served a total of 8 years with the U.S. Army as a paratrooper with an occupational specialty in communications and intelligence.

Curell has served on the board of directors for the Arizona Heritage Credit Union (merged with CU West), ran a successful campaign for Mayor of El Mirage in 2004, is President for the Arizona Elite Service Disabled Veteran Owned Business Chapter and advocates at a state and national level for Veteran’s business causes to help Arizona become more Veteran friendly for entrepreneurs.

Connect with Lawrence on LinkedIn.