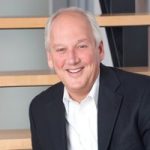 Rothfeld is bringing his wealth of experience in business growth to Mainland, where he hopes to leverage the agency’s unique content marketing strategy and technologies to scale the company rapidly over the next five years.

Rothfeld first made a name for himself in the business world at Spherion, a pioneer in the staffing- and workforce-solutions industry, where he established a global network of professional niche staffing businesses, including IT, legal, finance and accounting.

In the years that followed, Rothfeld became one of the most sought-after business-growth experts in any industry, helping lead two businesses, including the massive hospitality franchise Choice Hotels International, to successful IPOs. Rothfeld has also helped lead businesses in different verticals to successful private equity exits.

Rothfeld has also helped brands in segments as diverse as legal services (US Legal Support) and drone technology and software (Measure UAS), reinvigorate their development strategies and dramatically increase their revenues. Rothfeld is an accomplished investor in franchising, real estate and even Broadway musicals.

Connect with Dan on LinkedIn.