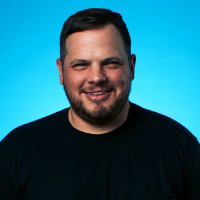 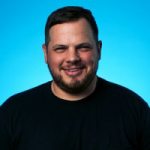 Jonathan Weathington joined Shuckin’ Shack in an official capacity in 2014 at the outset of franchising. Initially hired as VP of Franchise Development, he was promoted to CEO in November of 2014.

Prior to working for Shuckin’ Shack, Jonathan helped build the second Shuckin’ Shack in Historic Wilmington NC, and spent 14 years in the service and retail industry with companies such as VF and BB&T.

He holds a BA in Political Science and an MA in International Relations. At home, Jonathan enjoys spending time outdoors and hanging with his wife and two cats – Frank and Etta.