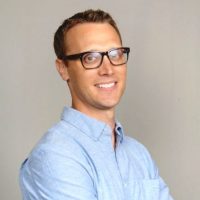 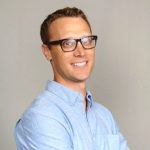 Adam Geisler spent the first 10 years of his career at Everlast, the 118-year-old half a billion dollar global fitness and lifestyle brand. Adam held positions in Marketing, Merchandising, and eventually President of the business, where he led the brand’s wholesale and licensing divisions globally to over $55M in wholesale sales (4 years 15% CAGR) and $18M in licensing income.

Everlast was acquired in 2007 by the $3B retailer Sports Direct for $200M, a 12x+ multiple. Adam later went on to help lead the start-up sports performance accessory company called MISSION. While at MISSION, he led Strategy, Merchandising, and Sales to grow the business from $3M to $50M in wholesale in less than 5 years. He then went on to Authentic Brands Group the 2nd largest IP company globally generating over $13B in total retail sales. There he was the Global Brand Manager of their sports portfolio – Prince, Spyder, and Airwalk to name a few—which represented over $1B in retail sales. He would eventually move on to business development across the IP portfolio, driving new business as well as global retail development.

Adam along with Private Equity Firm Reynolds Channel, his partners and the pre-existing management team created Youth Athletes United 3 years ago with a goal of creating the largest youth sports franchise platform in the country, where every child is an athlete and can enjoy learning the fundamentals of the sport while having fun! Adam and his team have led the company to double its revenue growth in less than 3 years system-wide revenue via organic growth and strategic acquisitions.

Most importantly, the team is getting closer every day to reaching its goal of impacting over 1M kids every year through its platform. Today they impact over 200k+ kids, while burning over 20M calories annually! The company is a group of committed individuals with a team-first approach towards positively impacting children’s lives every day. It is a passion and a lifestyle for all involved!

Connect with Adam on LinkedIn.