How to Instantly Increase Your Ability to Innovate & Influence!alvinmiles
Download Audio 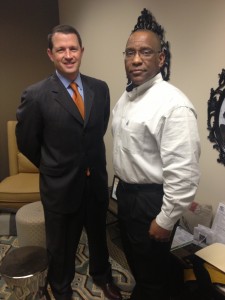 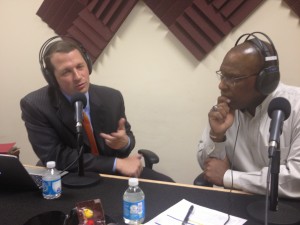 In this edition of Global Leader Radio, we compare and contrast the elements of leadership that can instantly increase your ability to innovate and influence! Matt Hames and Colonel Marshall Irvin  joined Alvin to discuss the impact of global leadership on both military & civilian life along with explaining WHY both men “do what they do.” You are one hour away from achieving a breakthrough!

Listen to host Alvin C. Miles interview Matt & Colonel Irvin as they unpack these takeaways, then add their teachings to your leadership toolkit. Leadership IS a conversation!

Acru Wealth, LLC, is a comprehensive wealth strategy firm headquartered in Woodstock, Georgia. Matt graduated with a Bachelors of Business Administration degree, major in Management, with a specialization in Entrepreneurship and Small Business Management, from Kennesaw State University where he played basketball on scholarship for four years.  He is also a graduate of the Cannon Trust School.  Matt holds the professional designation of Certified Trust & Financial Advisor (CTFA), indicating excellence in the areas of fiduciary responsibilities, trust activities, personal finance, insurance, estate planning, tax planning, and investment management.

Prior to assuming the leadership position with Acru, Matt served as a Research Associate and financial advisor for The Henssler Financial Group.  He was responsible for the establishment and development of the firm’s relationship with First Cherokee State Bank, which culminated in the creation of CNT Financial in May of 2001.  In the short time since CNT opened its doors, it grew to over $400 million in custody assets.  In May of 2011 Matt led CNT through a redesign of its business model that changed the brand to Acru and meaningfully enhanced the delivery of the brand experience to the public. Opening a retail location that delivers personalized wisdom through a relevant experience while clarifying today and preparing clients for tomorrow, Acru is redefining how financial services are delivered through community based institutions.  Since opening, Acru has been featured in Fast Company Magazine, The Financial Brand and other local, regional and national publications recognizing the breakthrough innovation represented in the Acru brand and delivery model.  In early 2012 the Acru retail location won the Best of the Best Retail Design Award from the International Interior Design Association, their highest honor for retail space design.

Matt is on the executive board and finance committee of the Kennesaw State University Athletic Association and serves as director on the following boards:  The Cherokee County Sheriff’s Foundation, The Cherokee County Hospital Authority, and Timothy + Barnabas. Matt is a native of Woodstock, resides there, and is an active member of the First Baptist Church of Woodstock where he teaches a young adult Sunday school class.

Colonel Irvin received his commission in 1984 as a graduate of the Air Force Reserve Officer Training Corps at the University of Southwestern Louisiana. After serving 8 1/2 years of active duty, he entered the Air Force Reserve in 1996, at the 88th Aerial Port Squadron, 514th Air Mobility Wing, McGuire Air Force Base, NJ.

1990 Masters in Public Administration, University of the Philippines, Diliman, Philippines