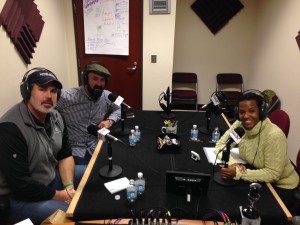 Ryan’s business card title reads “business dude,” but that doesn’t really tell the whole story. Since college he has worked in every role in a restaurant. He is not a chef, but is mistaken for one in the media sometimes. He cut his “business teeth” by opening Muss & Turner’s in February of 2005. It has been a series of real-time stop, drop and roll moments while drinking from a fire hose, adjusting and adapting on the fly and facing financial disaster multiple times. Baptism by fire perhaps? Many of the hard lessons learned were amidst the not-so-gentle cupping of the Great Recession. Luckily he has been able to figure some stuff out but remains eager to grow and understand how ignorant he still stands today.

His primary role is that of providing organizational context with a compelling vision and strategic business map in addition to financial & legal analysis. He is obsessed with understanding and effectively implementing the best practices of world class leaders and organizations. He invests a ton of his time and energy into coaching the operating partners, managers and front line staff within the Life & Leadership Program called The Table.

Ryan is a Founding Board member and Chairman of The Giving Kitchen Initiative and also currently on the Executive Board for the Georgia Restaurant Association and will serve as Chair of the GRA in 2015.

If he’s not working or plotting the companies’ next moves, he’s on the golf course, seeking wisdom and always doing his best to be a great husband and father.

Mike began his career in the restaurant business at 15 as a server assistant at a restaurant outside of Philadelphia where his two older brothers worked.

While at UGA Mike took a position waiting tables at a restaurant where he would meet his future business partners Tom Moore and Dave Blanchard. He left his position as General Manager in the Fall of 1996 to begin work on a Pub in Decatur, GA. After living on his brother’s couch for a few months and even donating his car to the cause the fellas signed a loan for what would become Brick Store Pub. The three went on to open up JAVAMONKEY in 2001 and subsequently sold it to search for their next venture. The building at the corner of Church St. and Ponce became available and LEON s Full Service was born. It opened in February of 2009. Beer and Wine would eventually take a back seat to cocktails and the food has received much acclaim under the hands of Eric and Robert Lupo as Chef and Sous Chef.

In the fall of 2013 Kimball House opened. Mike, Dave and Tom partnered with longtime employees and friends Bryan Rackley, Miles Macquarrie, Matt Christison and Jesse Smith. Kimball House would have Miles at the helm of the bar, Chefs Jeff Wall and Philip Meeker in the kitchen, Bryan tending to the Oyster/Raw Bar and Matt and Jesse leading the dining room. A great sense of pride for the original BSP guys as they helped achieve this dream while assisting with all the pitfalls that can plague a young start up.

Brick Store Pub has consistently been rated top 10 Beer Bars in the country and even the world. LEONs Full Service has been named top 50 Bars in the country by Food and Wine magazine. The path to provide a high level of hospitality and be a positive force in their chosen community of Decatur through great food and drink has been fruitful and Mike will tell you it’s just the beginning of the journey.