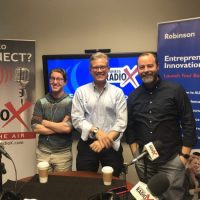 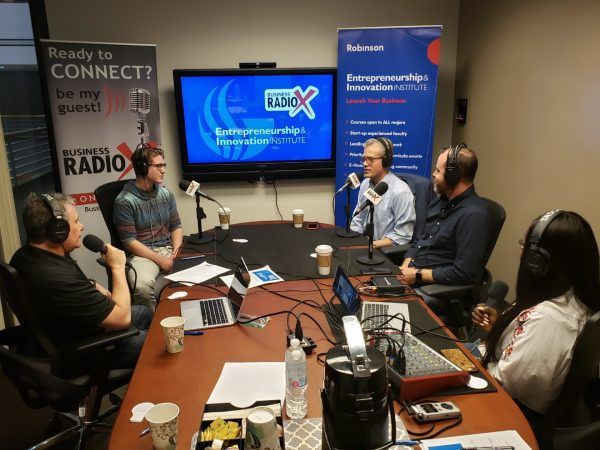 Brennen Dicker, a film and video professional with 25 years of experience, is Executive Director of the Creative Media Industries Institute at Georgia State University. Before joining Georgia State, Brennen was the general manager of Atlanta operations for SIM International, a company that provides production and post-production services to the film industry. In that role, he worked with companies such as HBO, Warner Bros. Television, AMC and Netflix. He also was the chair of the Atlanta Advisory Council for the Savannah College of Art and Design. As chair, he helped to create a television festival to showcase trends in design and innovation for television production and intensive 48-hour media production workshops for students. He has served as an executive board member of the Georgia Production Partnership and is the former chair of its government relations group. Through the organization, he has been an industry liaison for the state legislature and govemor’s office. In addition, he has been chair for both 2018 and 2019 Atlanta Jewish Film Festival, which is the largest film festival in Georgia. He is a member of the Georgia Chamber of Commerce. Brennen appointment as executive director of the CMII is playing a key role in Georgia State’s efforts to fulfill its strategic plan, aimed at elevating the university’s reputation for excellence and innovation in research, scholarship and creative endeavors. The CMII aligns with a strategic goal to highlight the arts and media, and to use the university’s strengths to create opportunities for exploration of the intersections among creativity, technology and entrepreneurship as metro Atlanta’s media industries in film, television, gaming and more form a vital part of the regional economy.

Dave Beck is founder and Managing Partner at Foundry 45, an Atlanta-based company that helps brands train their teams and tell their stories through Virtual and Augmented Reality. His company has built over 200 experiences for notable clients such as AT&T, Coca-Cola, IBM, and Delta. Before starting Foundry 45, Dave served as the Chief Operating Officer at Equip Codes, a mobile SaaS and Augmented Reality company. Dave also serves on the board of the MAK Historic District and is very active in the Georgia Tech community as a board member, mentor, and frequent guest speaker. He earned his bachelor’s degree in Marketing from Wake Forest University and his MBA from Georgia Tech.

Quinn Randel is a second-year student at Georgia State University who’s dual majoring in film and Journalism. He has worked for Foundry 45 for over a year and used his digital media skills to market the B2B company.