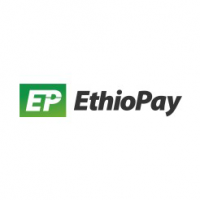 Ethiopay is a platform that meets the payment needs of Ethiopians in the diaspora. While other platforms are a one-size-fits-all, Ethiopay isn’t.

They support the unique payment needs of Ethiopians including payments for school fees, telecom, utility bills, and other needs that are close to your heart.

Daniel Hadgu is in charge of any financial piece of the companies as well as brand development.

Connect With Daniel Hadgu on LinkedIn.

Connect With Michael on LinkedIn.