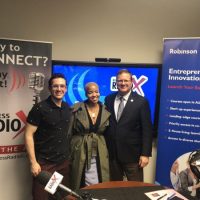 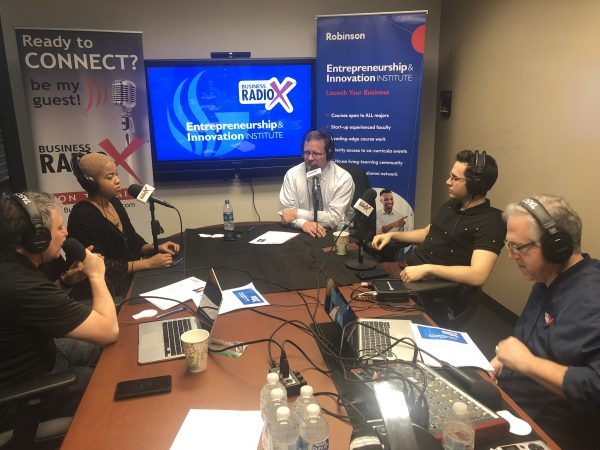 Richard D. Phillips was appointed the seventh Dean of the J. Mack Robinson College of Business at Georgia State University in July 2014. He is also the C.V. Starr Professor of Risk Management and Insurance. Under Phillips’ leadership, Robinson is pioneering a new kind of business education, one uniquely capable of developing people from all backgrounds into talented business leaders who create value in an era of digital transformation. Emphasizing the establishment of strategic research relationships and the development of emerging leaders who never stop striving for impact, Robinson helps businesses meet the real and emergent needs of rapidly changing global markets. An expert on risk management, Dean Phillips has produced more than 50 scholarly publications. He has received several research awards, including twice receiving the Robert 1. Mehr Award given to an articlejudged to have had the greatest impact on insurance economics 10 years after publication. Beyond the university, Phillips is a corporate director at Munich American Reassurance Corporation anda senior consultant with Charles River Associates. From 2017-2018 he was president of the American Risk and Insurance Association, he is a past-president of the Risk Theory Society, and he serves as a trustee for the S.S. Huebner Foundation for Insurance Education. Phillips serves on non-profit boards for the World Affairs Council of Atlanta and for The Swift School – one of Georgia’s largest private schools serving dyslexic children. Phillips’ doctoral and master’s degrees in managerial economics are from the Wharton School. He graduated with honors from the University of Minnesota with a B.S. in Mathematics.

Luis E. Ferrer-Labarca is originally from Venezuela, son of entrepreneurs, started his entrepreneurial life selling chocolate chip cookies when he was 6. Luis moved to the US in 2014. Co-founder of Panther Hackers, one of the biggest tech student organizations in GSU. Been to 17+ hackathons and achieved Top 5 in the first Atlanta Startup Battle hosted by Tech Square Labs with Upet, a pet rental service during my junior year. In late 2017 started BitCraft, a software development agency specializing in cryptocurrencies and blockchain technologies, which later switched focus to DevOps and cloud infrastructure. Studied Computer Science with a minor in Entrepreneurship at GSU and graduated in May 2018. Currently working as a Software Engineer at Rigor, one of the most mature startups in Village, while hustling with BitCraft on the side. Ideating a lot more projects on the daily, Motivated to make others’ lives better and sharing the impact that entrepreneurship has had in his life. Inspiring others to find out a way to live fulfilling lives on his Instagram. Serving as an advisor for, and might jump in as a team member, Observe, a digital shadowing experience for people to better decide what careers will fulfill them the most.

Jeanine McDonald is the founder of Suzi Soma Chokers with a mission to remind women that they are limitless! Jeanine designs chokers and chains paired with original affirmations to inspire women to focus their dreams into reality. When Jeanine is not hand crafting Suzi Soma Chokers, she is studying Social Entrepreneurship at Georgia State, directing marketing campaigns with the farm-to-skin spa, Iwi Fresh, and letting Beyonce remind her to make lemonade out of lemons.