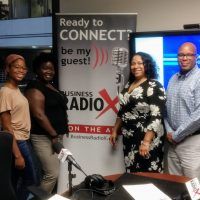 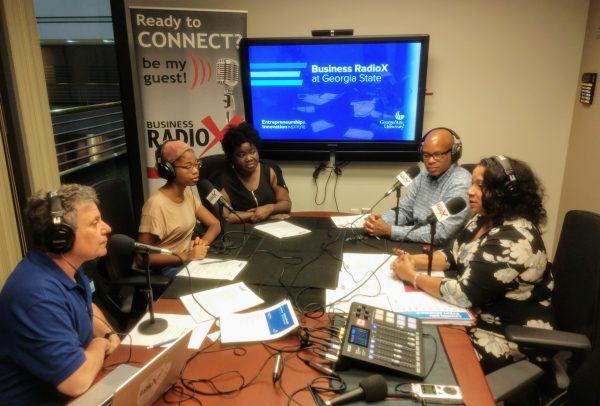 Erica Wright Bracey currently manages the new student business incubator on campus, LaunchGSU. Erica stepped into this role at LaunchGSU in September 2017 but her GSU roots are much deeper. Prior to working at LaunchGSU, Erica worked as a business consultant for the Small Business Development Center at Georgia State University for eleven years assisting local Atlanta entrepreneurs start and grow small businesses. In addition to serving as a dedicated employee for over a decade, Bracey is a proud alum and graduate of the Robinson College of Business. However, the title she is most proud of is that of Panther Parent which was earned in Fall 2015 when the toddler who was in arms during her 2001 MBA commencement ceremony stepped on the Georgia State campus as a new freshman.

As manager of LaunchGSU, Bracey is responsible for supporting, nurturing and developing the dozens of members that utilize the incubator on a daily and weekly basis. This support is accomplished through coaching, consulting and implementation of entrepreneurship themed programming throughout the semester. Erica uses her background which spans across retail, academia, banking and the government to expose bright-eyed Panther-preneurs to as many areas of small business ownership as possible.

When Erica is not at LaunchGSU, she can often be found… or rather heard in the stands alongside her husband… supporting their youngest son, Steven under the Friday Night Lights of Lovett Lion Football or cheering her oldest son Brandon and his history making Panther Football team-mates to victory at Georgia State Stadium. Erica loves to lead by example and demonstrate what it means to be a part of this wonderful #PantherFamily and literally has the blue blood to prove it.

Cameron Geer is a Junior Global Studies major at GSU. She is expected to graduate in 2021. She is a marketing coordinator student assistant at LaunchGSU as well as a member of the Executive board for GSU’s Collegiate Entrepreneurs’’ Organization.

She is here with us to talk about LaunchGSU, and her own experience at GSU as a student and Panther-prenuer.

Tia Forbes is a PhD student at Georgia State University in the Learning Sciences Department. She is a former media development and teacher that started a boutique firm after working in film and television education industries for 15 years.

Todd attended Morehouse College with a BA in Economics and obtained an MBA in Personal Financial Planning from GSU. Todd is currently a Financial Coach for SmartPath and a part-time real estate investor in the metro Atlanta area as well.