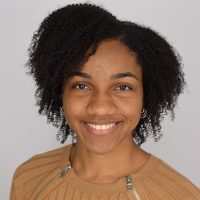 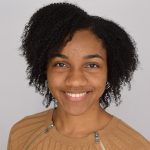 Victoria Blount is from College Park, Georgia, and is a junior at Georgia State University majoring in finance. Her other educational pursuits include a minor in music and an undergraduate certificate in professional sales.

She is a student in the Honors College and part of the Class of 2023 cohort for the Eric J. Joiner Achievement Academy (JAA), a competitive personal and professional signature program in the Robinson College of Business. She is also an active member of LaunchGSU, the student business incubator, and one of 13 founders chosen for the second cohort of the Main Street Entrepreneurs Seed Fund program at Georgia State University.

Victoria plans to use the knowledge gained in her degree program of finance towards growing her current venture and pursuing her post-graduation goal of being a successful entrepreneur.

In her spare time, she enjoys listening to audiobooks, attempting to guess the puzzles in Wheel of Fortune and Jeopardy!, and playing business-related board games like CASHFLOW®, Monopoly, and Daytrader.

She has competed in several 5Ks, including a race that was on the 5th runway of Hartsfield Jackson International Airport. She hopes to run a marathon one day.

Connect with Victoria on LinkedIn.