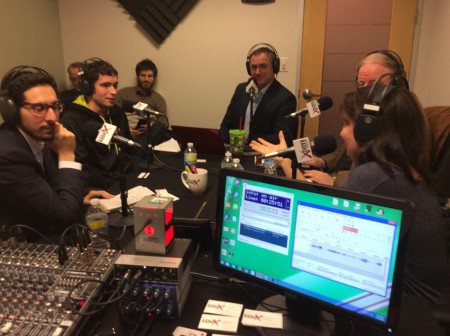 This week we sat down with experts in neurologic diseases and alzheimer’s research.  According to the CDC,

This devastating disease currently has no cure.  In our ongoing mission to get the word out about important research and health solutions available in our community we focused this week on studies and solutions that will likely have a marked impact on patient outcomes.

We were joined by Dr. Marshall Nash, a neurologist whose practice is focused on investigating a variety of diseases of the brain, including alzheimer’s disease, stroke, Parkinson’s disease and others.  He shared his personal story of how as a teenager he learned a family member was developing dementia and at the time there was essentially nothing that could be done for them.  He talked about how the experience potentially influenced his decision to focus on neurology as his clinical field in medical school.  His practice has transitioned from a neurology practice to one focused on research.  We discussed the Tommorrow Study, in which they are looking to find older adults from 65-83 who are in essentially good health that they can evaluate for potential to develop dementia/alzheimer’s as well as effectiveness of medications to slow/prevent progression if it does occur.

We also spoke with a gentleman in studio whose wife has been a participant in a study with Dr. Nash’s practice, and who has since learned that he also carries genetic markers that place him at risk for alzheimer’s/dementia.  He shared his perspective on how being a part of Dr. Nash’s research helped him and his wife.  He gave advice to folks in the community to talk about changes in mental function/memory with their physicians and his view on the value of knowing if you or a loved one is at risk for developing alzheimer’s/dementia.

Jim Schwoebel, co-founder of Neurolaunch came by to talk about their organization that serves as an incubator/accelerator for start-ups focused on addressing neurologic diseases.  Neurolaunch helps device companies, emerging pharma, and researchers commercialize their ideas to help get them to the community more quickly.  Jim talked about how long it can take to go from idea/research to a product or medication to reach the community in need these solutions serve.  He introduced us to Alex Turjman, CEO of Cognition Medical.

Cognition Medical is a company developing a device to be used in treating acute strokes.  We know that during the acute phase of stroke, the area of damage can be extended in some patients when blood flow is re-established quickly (called reperfusion injury).  Their device helps modulate the rate that blood flow is resumed to the injured area of the brain, preventing the reperfusion injury from occurring.  Alex shared how interfacing with Neurolaunch has helped them make progress on the development of their device, bringing them closer to making the device available to patients in need.

Bob B., Significant Other of an Alzheimer’s patient