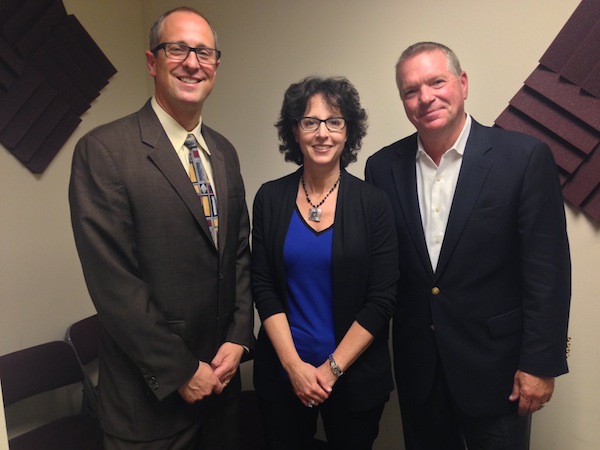 Sander Biehn owns and runs Thought Horizon, a B2B social selling consultancy based on principles he learned while working for AT&T for the past 17 years. Sanderâ€™s proven approach helps B2B sales and marketing teams work together to create content and engagement with target markets and customers. Sander holds a provisional patent in Social Media and is finishing a book on workplace innovation entitled, â€œThe 30 Year Paycheckâ€. He has spoken at conferences and on the radio about innovation. Sander loves amateur geology and astronomy. He went to Duke University where he holds a degree in Philosophy and Classical Studies. He lives in Atlanta with his wife and two children.

Karen Finger is a senior- level executive in the communications and information technology industry. Currently Karen is Director of Cloud Services for iVision, where she leads the Cloud Services line of business. Prior to her role at iVision, Karen held leadership positions in sales management, service delivery, productization, network design, and software development working with the largest enterprise and service provider clients of companies such as Nortel, Sprint, and CenturyLink/Savvis. Karen is an active leader and â€œconnectorâ€ in the Atlanta business community serving as President of ATP, a non-profit communications technology industry association. She has been actively involved with ATP since 2008, and has held various leadership roles on the board including Vice President and Director. Karen has also chaired and led the advancement for the prestigious ATP Awards Gala in 2009-2013, which recognizes and promotes communications technology leadership, innovation, and excellence coming out of Georgia. Karen grew up in Memphis, TN where she graduated from Lausanne (all girls) High School and then went on to the University of Florida where she earned a Bachelor of Science degree in computer science and business administration. She has two children, a son, currently at UGA, and a daughter at Walton High School.

Dow Smith leads sales for Carousel Industries in the Southeast. Carousel is a managed solutions provider for datacenter and voice technologies. Prior to his role at Carousel, Dow worked in leadership roles at Siemens, Fujitsu and PWC. He also previously served as the president of an internet marketing firm. Dow went to Penn State and lives in Atlanta.