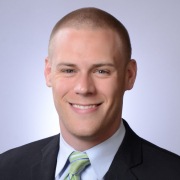 Scott Snider is the Vice President of the Exit Planning Institute (EPI) and the Operating Partner of Snider Premier Growth, a small family office. At EPI, Scott is responsible for the strategic direction of the organization along with overseeing the company’s operations and chapter development. When Scott took over leadership of EPI in 2013, the organization grew at a pace of 30%, four new chapters were established in the United States, and CEPA expanded into its seventh country (Poland). In 2015, Scott led EPI through record breaking growth, emerging with 12 chapters, new programs, Owners Forums, and rapid double credentialed membership growth. He leads his EPI Global team from the Cleveland headquarters office.

Scott is a nationally recognized young entrepreneur. At the age of 29, he has a wealth of experience as an owner, advisor, and educator, and he understands what it takes to make an impact. He started his first business at the age of 17, which he operated for eight years and successfully exited and sold to a strategic buyer in 2010. At that time, he and Chris Snider established a family office owning stake in eight companies, Snider Premier Growth, which Scott oversees as the Operating Partner. Scott Snider has been featured nationally on ABC News Now, is a recipient of the Crain’s Cleveland Business 40 Under 40 Award, the National Association of Certified Valuators and Analysts (NACVA) 40 Under Forty Award and more. Find out more about Scott and Exit Planning Institute on their website, and follow them on LinkedIn, Twitter and Facebook.