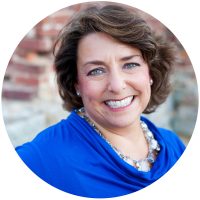 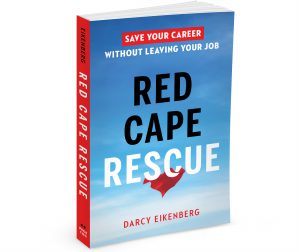 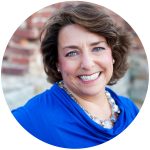 Darcy Eikenberg is a leadership and career coach who’s worked with high-performing professionals at The Coca-Cola Company, Microsoft, State Farm, Deloitte, and Hewlett-Packard, among other great companies.

She speaks inside organizations and at professional group events on career growth, personal development, and overcoming leadership challenges. Plus, Darcy’s the author of Red Cape Rescue: Save Your Career Without Leaving Your Job and blogs regularly on leadership and career issues at Red Cape Revolution.

Her ideas have been shared in the Harvard Business Review, Thrive Global, Chief, CNN.com, ABC News, The Ladders, The Atlanta Journal-Constitution, Forbes and elsewhere.

She graduated from Northwestern University and started her business in Atlanta, where she lived for 15 years.

She’s constantly sharing new ideas and tools, which you can get for free each week when you sign up at Red Cape Revolution.