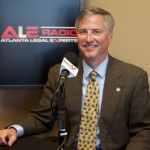 Ken was most recently named a 2015 “Super Lawyer” by Georgia Trend Magazine and is rated “AV”, the highest rating given by Martindale Hubble, and is rated “10+” the highest rating from AVVO, two preeminent national legal ranking systems.  Ken has been widely recognized for his legal and civic accomplishments during his 25 years as a practicing attorney, including as the 2013 recipient of the State Bar’s “Commitment to Equality” Award.  He has been named “District Attorney of the Year”, awarded the “Justice Benham Award for Community Service” from the State Bar and given the “Eagle Award” by the Criminal Justice Coordinating Council for his work on behalf of victims of crime.

Ken serves on the Executive Committee for the State Bar Association.  He is also Secretary for the Urban League of Atlanta and serves on boards for the Georgia Chamber of Commerce and the State Botanical Garden in Athens, Georgia.  He is a past Georgia Trend “40 under 40” and Trustee of Leadership Georgia.

Ken is a graduate of Episcopal High School in Washington, DC, earned his undergraduate degree at Emory University, and his J.D. at University of Georgia’s School of Law. Ken lives in Atlanta with his wife, Melissa, and their children, Margaret and Jack. They are members of Christ the King Catholic Church in Buckhead. 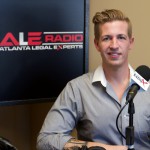 I practice in the areas of commercial and residential real estate transactions and litigation. I received my law degree in 2009 in the top 3% of my class at John Marshall School of Law. Before joining Bagwell & Associates, I worked as an Assistant District Attorney in the Complex Case Division in Fulton County. I have represented clients at both Jury and Bench trials in the areas of real estate, foreclosure defense, general civil and felony level criminal litigation. I am a member of the Georgia State Bar, Georgia Court of Appeals, Georgia Supreme Court and United States Supreme Court.

I appear regularly on HLN and CNN as a national legal correspondent and have provided legal commentary on nationally televised news media, for National Public Radio, the Atlanta Journal Constitution and Huffington Post. 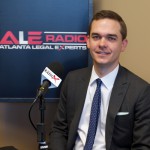 Mike is a lawyer with the firm Butler Tobin, based in Atlanta.  Mike helps injured people by maximizing the value of their cases.  Mike believes in taking a small number of cases so that he can devote the time, energy, and resources necessary to each and every client.  He exclusively handles personal injury cases, and focuses on negligent security, trucking, and other serious injury cases.

Mike went to college at Furman University and worked for U.S. Senator and now Presidential candidate Lindsay Graham.  Mike then worked for a number of news organizations, including Fox News Channel in New York City and Cox Broadcasting’s Washington, DC news bureau.  Each day he helped tell audiences about challenges faced by individuals and their communities.  Mike was not satisfied just reporting about problems and decided to go to law school so he could solve them instead.

Mike graduated with honors from the University of Georgia School of Law.  While in law school, Mike excelled on both the National Moot Court and Mock Trial Teams.  The law school named Mike the “Outstanding Mock Trial Advocate” of his class.

Mike initially practiced law with an international law firm based in Atlanta, defending companies in personal injury, product liability, and commercial litigation cases. He routinely represented Georgia’s largest electric utility company in personal injury cases.  Since making the switch to the Plaintiffs’ side, Mike has helped recover millions for his clients. 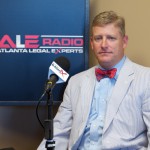 Lance and his wife Traci live with their six children in Suwanee, GA.