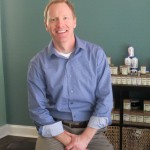 Robert L. Hendrix, III (Rob), is an accomplished trial lawyer who has recovered over $20,000,000.00 in benefits for his clients in over a decade of practice. Rob focuses his practice almost exclusively on representing injured employees in workers’ compensation cases. He has tried cases in nearly every corner of the State in front of nearly every Administrative Law Judge. Rob is currently heading the Columbus, Georgia office of Morgan & Morgan.

In addition to Rob’s trial accomplishments, he is also an experienced appellate advocate. He has handled numerous matters through the appellate process, including at the Georgia Court of Appeals and Georgia Supreme Court. Included in Rob’s appellate advocacy is the reported case of Dekalb Board of Education v. Singleton, 294 Ga. App. 96; 668 S.E. 2d 767 (2008), which was landmark in that the decision allowed for an injured employee to receive income benefits for a psychic injury only after the physical injury resolved.

Rob has been recognized many times for his skill as an attorney. For four straight years (2010-2013), he was named a Georgia Rising Star Super Lawyer, which is published by Atlanta Magazine in conjunction with Law & Politics Magazine. This is an honor recognizing the top 2.5% of attorneys in their practice area under the age of 40. In 2014, Rob was named a Georgia Super Lawyer recognizing the top 5% of all lawyers in their practice area. Rob is the youngest Georgia workers’ compensation lawyer to receive this honor. For three straight years (2012-2014), Rob has been named a Top 100 by The National Trial Lawyers. This is an invitation-only group composed of the top trial lawyers in the country. That organization has also named Rob a Top 40 Under 40 for three straight years (2012-2014). Rob has also been named a Top 40 Under 40 by the American Society of Legal Advocates for two straight years (2013-2014). Finally, Rob has been named one of the Best Attorneys in America by Rue Ratings. This honor is bestowed on less than 1% of attorneys in the country.

Rob takes his obligations to the law very seriously and is active in the legal community, serving in leadership positions at the local, state and national level. He serves as Vice Chair of the Workplace Injury section of the American Association of Justice (AAJ), and formerly served as Editor of the section’s newsletter. Additionally, Rob serves on the Paralegal Education Taskforce and the Convention Planning Committee for the AAJ. Further, Rob serves on the Executive Board as Treasurer of the Workers’ Compensation Claimant’s Lawyers (WCCL) arm of the Georgia Trial Lawyers Association (GTLA). Along with his Executive Board position, Rob also heads the Leadership Development committee and serves on the Fee Arbitration Committee. Locally, Rob is a Board Member at Large for the workers’ compensation section of the Atlanta Bar Association. He also serves on the Amicus Curiae committee of the Georgia Legal Foundation, which is dedicated to addressing specific appellate issues in the workers’ compensation community. Lastly, Rob is a member of the Workers’ Injury Law Group (WILG), American Bar Association and the State Bar of Georgia.

Rob is a frequent lecturer on the local, state and national level. He has given presentations at every major legal conference involving Georgia workers’ compensation law, including: the annual ICLE seminar in St. Simon’s Island, GTLA annual convention, State Bar of Georgia, State Board of Workers’ Compensation annual seminar, the WCCL annual educational seminar (For Your Eyes Only), Atlanta Bar Association, Gwinnett Chamber of Commerce, and Travelers Employer School. In 2013, Rob spoke twice at the AAJ National Convention in San Francisco. Rob has lectured on topics such as turning around the tough case, affirmative defenses, taking depositions, civil discovery in workers’ compensation cases, common mistakes made by employers, independent medical evaluations, developing medical evidence, and case intake. In addition to lecturing, Rob has also authored journal articles for the State Bar of Georgia newsletter (workers’ compensation section) and the AAJ’s Workplace Injury Group newsletter.

Personally, Rob enjoys spending time with his wife (Vicki) and his three children (Sammy, Harrison and Max). When not practicing law, he enjoys traveling to Las Vegas and following his beloved Georgia Bulldogs. Rob has also served as an assistant martial arts instructor in Choi Kwang Do, and is currently working toward a black belt in Hap Ki Do under 6th degree Master Kathy Tusa. 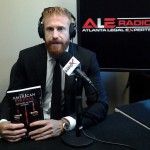 Windecher, the son of Argentine immigrants, spent his formative years residing in two of the most dangerous cities in the United States – El Monte, California and Miami, Florida. Despite being born into desperate circumstances surrounded by tough gangs and limited opportunity, David relentlessly fought to change his fate.

Beating the odds, David was accepted into law school.  During law school David interned with the Dekalb County District Attorney’s Office, where he prosecuted misdemeanor and felony cases under the Third-Year Practice Act from May 2011 thru May 2012. In addition, David was elected President of the John Marshall Law School Sports and Entertainment Law Society in 2010 and voted Peer Mentor of the year in 2011. Prior to attending law school, David was employed by the Miami Dolphins as a Public Relations Coordinator. In 2005, David graduated at the top of his class with the summa cum laude distinction from the American Intercontinental University in South Florida. David is also fluent in Spanish.

Today, Windecher practices criminal defense at his own Atlanta-based firm, The Windecher Firm and is the Founder of RED, Inc., a non-profit organization sponsoring GED programs for young juveniles facing non-violent criminal charges and capable of rehabilitation through an education.

He wrote an autobiography – The AmerIcan Dream | HisStory In The Making – to portray the difficulty of obtaining the American dream as an impoverished minority.

Windecher’s faith in God and love for his family were the catalysts for turning his life around.