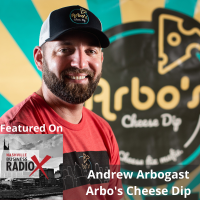 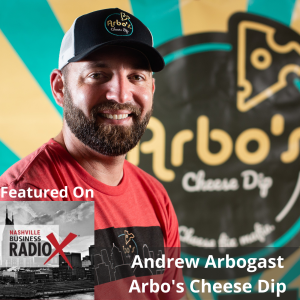 Andrew Arbogast, the founder of Arbo’s Cheese Dip, shared his story of founding the company, his military service and how that has served his entrepreneurial journey, where you can find Arbo’s, and much more. Nashville Business Radio is produced virtually from the Nashville studio of Business RadioX®. 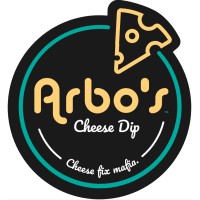 The recipe was perfected over the course of many years until just the right ingredients and balance of flavor were discovered resulting in a masterpiece of truly homegrown cheesy delight.

Their family recipe cheese dip is the new kid on the block. With mouthwatering spices and a flavor that bites back, you’ll forget all about other brands!

Andrew Arbogast is a Memphis, Tennessee-based veteran and food entrepreneur. As Founder of Arbogast Foods LLC, he manages the production, distribution and sales of Arbo’s Cheese Dip throughout the Southeast United States and has an aggressive growth plan for his company moving forward.

Growing up in the South with a big family, Andrew developed a passion for food early on. He was known for cooking elaborate meals for his boarding school friends and fraternity brothers, to include full Thanksgiving meals and unique seafood dishes. Although he originally planned to major in Food Science, Andrew also felt called to serve his country following the events of 9/11. He joined the ROTC program at his college, which led to a ten-year Army career.

As an Army officer and Apache helicopter pilot, Andrew moved around the country and served in two, high-tempo deployments- one in Iraq and the other in Afghanistan. He and his family lived in some amazing cities as he cross-trained in various roles and leadership positions. As he transitioned out of the Army in 2017, Andrew was determined to be successful. He linked up with a fantastic mentor via American Corporate Partners and landed a promising job at a Fortune 500 company.

With a job relocation back to his hometown and two promotions in less than three years, Andrew was on a path of growth and stability. On the surface, his professional life seemed ideal. In reality, he was stressed and unfulfilled. He started looking at other companies and opportunities with little enthusiasm until the COVID-19 pandemic hit. While working from home amid all the COVID uncertainties, Andrew was finally able to reflect and realize that he wanted a career that he alone dictated. His passion for food resurfaced, leading to his big idea – to mass produce a delicious, family recipe cheese dip. Arbo’s Cheese Dip launched in early 2021, and Andrew left his steady corporate job to pursue this dream full-time just a few months later.

Andrew loves being able to pursue his passion full time – making money from it is icing on the cake. This entrepreneurial path has also given him a platform to inspire others to take risks and follow their passions. He has made some incredible connections already, including his acceptance into Bunker Labs Veteran’s in Residence accelerator program, Nashville Chapter. The sky is the limit for the #cheesefather and his #cheesefixmafia, and also determined to help others achieve their goals.

Nashville Business Radio is hosted by John Ray and produced virtually from the Nashville studio of Business RadioX®.  You can find the full archive of shows by following this link. The show is available on all the major podcast apps, including Apple Podcasts, Spotify, Google, Amazon, iHeart Radio, Stitcher, TuneIn, and others. 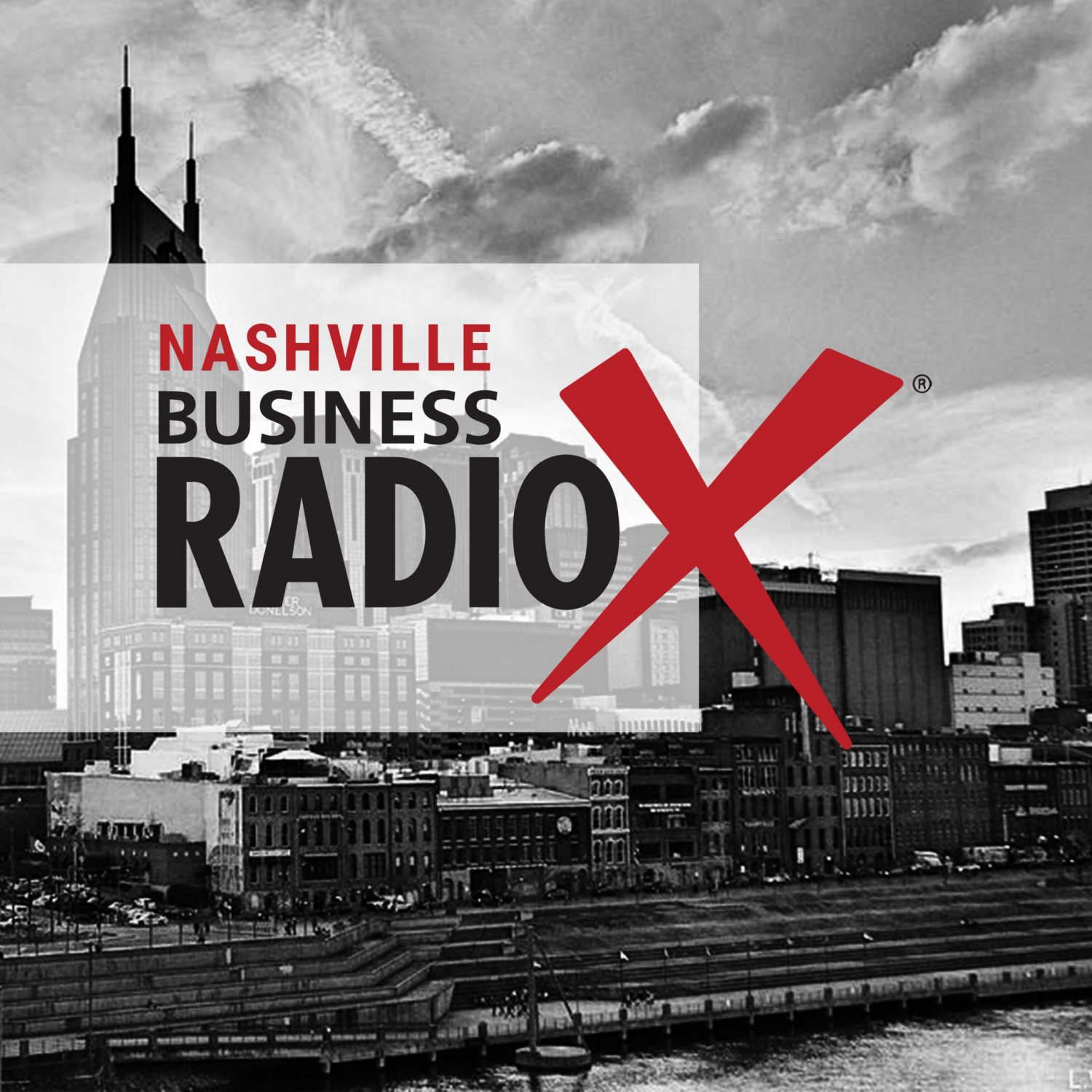