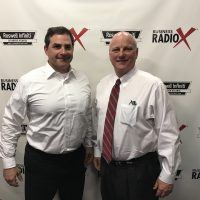 Senator Brandon Beach was elected to the Georgia State Senate in 2013. He represents District 21 which includes portions of Cherokee and Fulton counties. Senator Beach is the Chairman of the Senate Transportation Committee. He is also a member of the Economic Development, Higher Education and Science and Technology committees. Sen. Beach served as the Chairman of the Public Private Partnership Committee (P3 Committee). Under his leadership, the P3 Committee was able to acquire key local transportation projects approved for Cherokee and North Fulton.

In 2001, Governor Sonny Perdue appointed Sen. Beach to the board of Georgia Regional Transportation Authority (GRTA). In 2008, he was selected to chair one of GRTA’s most important committees — The Land Development Committee. In this role, Sen. Beach is responsible for leading a review of every significant development brought before the 16-county area that GRTA serves. Sen. Beach was elected to the Board of the Georgia Department of Transportation by state legislators from the 6th Congressional District in 2008.

Sen. Beach is a member of numerous community boards including the Regional Business Coalition, Grady Hospital Board of Visitors, the Greater Metro Atlanta American Heart Association, the Georgia Association of Chamber of Commerce Executives, Encore Park and the Historic Roswell Convention and Visitors Bureau. Senator Beach received an undergraduate degree from Louisiana State University and a Masters in Business Administration degree from Centenary College. He is also a graduate of the Regional Leadership Institute and a former member of the Alpharetta City Council and the Alpharetta Planning and Zoning Commission. He and his wife, Shuntel, have two children and have lived in Alpharetta for the past 24 years.


Geoff Smith is the host of “ATL Developments with Geoff Smith” and a mortgage banker with Assurance Financial. Possessed with a strong passion for helping his community, Geoff works closely with people and their families so they may live comfortably in fantastic homes and neighborhoods in the booming Atlanta area. 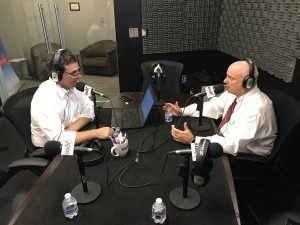 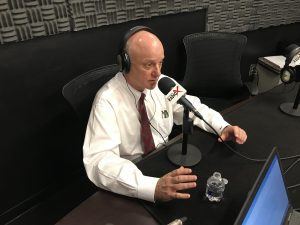