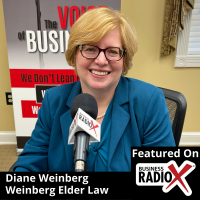 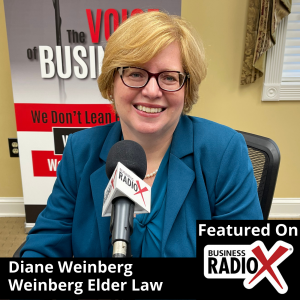 Interested in the issues involved and lessons to learn from #FreeBritney? Diane Weinberg, Principal at Weinberg Elder Law, joined host John Ray to discuss guardianships, conservatorships (such as the recent case involving singer Britney Spears), protecting the rights of incapacitated individuals, issues to know for families who want to protect their loved ones, how the courts operate in these cases, and much more.   North Fulton Business Radio is broadcast from the North Fulton studio of Business RadioX® inside Renasant Bank in Alpharetta.

As competent adults, we have the legal right to make both good and bad decisions every day. Unfortunately, some individuals lack the ability to process the information needed to make their own decisions. Their intellectual disabilities may be genetic (e.g., a child born with autism) or they may be the result of a traumatic brain injury, illness, or the development of adult-onset dementia. For these individuals, the law provides protection in the form of guardianships and conservatorships.

For centuries, the law has recognized individuals occupying this position of trust as “fiduciaries.” Fiduciaries include agents under powers of attorney, trustees, guardians, and conservators, and executors and administrators of estates. Fiduciaries owe the highest standard of duty and loyalty to the individuals or entities they protect, and they can suffer significant liability when they fail to do so. Most fiduciaries do their best to perform their assigned duties. Unfortunately, fiduciaries sometimes fall short because they do not fully understand what is expected of them. For example, they may forget to send the required reports to beneficiaries or fail to properly track expenditures.

Weinberg Elder Law, LLC can help distinguish between overwhelmed fiduciaries from those who are abusing their powers, and WEL can advise the parties as to the appropriate course of action.

Elder abuse cases exist where guardianship or conservatorship and a fiduciary dispute intersect with the criminal statutes. At the center of these cases resides a vulnerable population: an elderly person or an adult with cognitive impairment or other disability. Weinberg Elder Law has developed a special interest in protecting our most vulnerable populations from financial exploitation as well as from neglect and physical, sexual, and emotional abuse.
The solution for rescuing and protecting an individual who has been subject to exploitation and abuse is complex. Through Weinberg Elder Law’s experience in these matters over the years, they are uniquely qualified to help both individuals who are being abused and the family and friends who want to protect them.

Diane Weinberg focuses her practice on helping families resolve disputes that often impact seniors and individuals with disabilities. Specifically, her practice encompasses guardianships and conservatorships (both contested and uncontested) of adults, conservatorships of minors, fiduciary litigation, and protecting vulnerable populations from abuse and exploitation. A member of the State Bar of Georgia and a Veterans Administration Accredited Attorney, Diane is also a member of the Atlanta Bar Association, the Academy of Special Needs Planners and the National Academy of Elder Law Attorneys (NAELA).

She serves as the State Ambassador for the Georgia Chapter of NAELA. Diane is a Martindale-Hubbell AV Preeminent-rated attorney and has an AVVO rating of 10/10. In 2020, she was recognized as a Georgia Super Lawyer. Additionally, Diane is a frequent local and national speaker on a variety of aspects of guardianships, special needs trusts, and Medicaid planning and has testified before the Georgia General Assembly.

Because of her special interest in issues involving the protection of vulnerable populations, Diane is the only private practice attorney in Georgia to have earned certification as an ACT Specialist offered through the Georgia Department of Human Services, Division of Aging Services. Currently, she is serving on an unofficial legislative workgroup of the Georgia Bureau of Investigations (GBI). Through her work with the GBI, Diane developed an interest in public service.

In early 2020, Diane made the decision to run for the office of Probate Court Judge of Fulton County. Although she was not ultimately successful, she remains involved in community matters and is a charter member of the nonpartisan Senator Jim Tysinger Saturday Morning Breakfast Forum. She also serves as secretary of the Buckhead Business Association and is an active member of the Sandy Springs Perimeter Chamber of Commerce. Additionally, she was recently named “Best Attorney” in Best of Buckhead 2021 by Atlanta Best Media. Diane earned a B.A. at the University of Pennsylvania and her J.D. from the Emory University School of Law.

Outside of her law practice, Diane lives in Sandy Springs with her husband, Mike, their three sons, and her dogs, Cindy Lou (a rescue) and Sherman. As a family, they are involved in Team Challenge benefitting the Crohn’s & Colitis Foundation. Diane has served as a Merit Badge Counselor for the Northern Ridge District of the Atlanta Area Council of the Boy Scouts of America, and she has walked multiple half-marathons for Team in Training supporting the Leukemia and Lymphoma Society of America.

A self-proclaimed yarn addict, Diane is a member and past treasurer of the Atlanta Knitting Guild, and she is a founding member and current chair of the Stitch N K’vetch group at Congregation Beth Shalom. 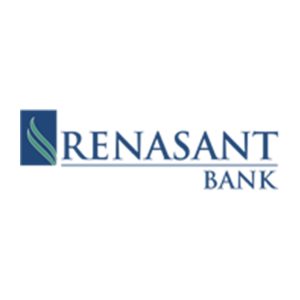