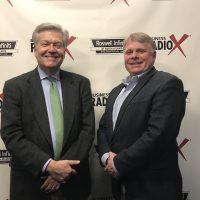 “State of the City” with Mayor Jim Gilvin, City of Alpharetta

Fresh from his first “State of the City” address, Mayor Jim Gilvin is interviewed by Business RadioX Host John Ray on some of the key issues in front of the City at this time, including transportation infrastructure improvement, North Point Mall redevelopment, the technology industry network in Alpharetta, maintaining a health environment for locally-owned businesses, and more.

Jim Gilvin is the Mayor of Alpharetta, GA, elected in May 2018. Mayor Gilvin has lived in Alpharetta since the late 1990’s along with his wife, Mary Anne, and their two children Justin and Sarah. The Gilvins live in the Windward subdivision and attend Mount Pisgah United Methodist Church. Mayor Gilvin holds a Bachelor’s Degree in Finance from Georgia Southern University. He is a residential real estate agent and an owner of an Alpharetta-based technology company. He served on the Alpharetta City Council from 2012 to 2018, when he resigned his seat to run for Mayor. During his time as City Councilman, Gilvin served as liaison to Alpharetta’s Parks and Recreation Department and the Public Safety Department. 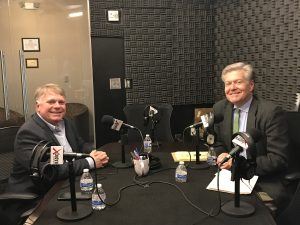