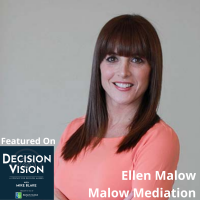 Decision Vision Episode 105: Should I Enter Into Mediation to Resolve a Dispute? – An Interview with Ellen Malow, Malow Mediation and ArbitrationJohn Ray
Download Audio 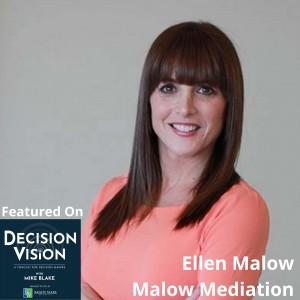 Decision Vision Episode 105: Should I Enter Into Mediation to Resolve a Dispute? – An Interview with Ellen Malow, Malow Mediation and Arbitration

Ellen Malow of Malow Mediation and Arbitration joins host Mike Blake to discuss how mediation and arbitration can be used to resolve business disputes. “Decision Vision” is presented by Brady Ware & Company.

Malow Mediation is an alternative dispute resolution company that assists companies and individuals in resolving conflicts. A wide range of cases is handled including complex business, employment, construction, personal injury, and other areas of the law. Arbitration matters are also handled where Ellen serves as the judge on similar matters.