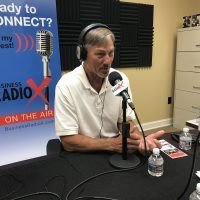 What can making the Dallas Cowboys team as a long-shot free agent teach you about business? What’s the biggest sales mistake many companies make? For the answer to these questions and more, listen to Robert Steele, The Enterprise Zone, in this interview with host John Ray. “North Fulton Business Radio” is broadcast from the Business RadioX® studio inside Renasant Bank in Alpharetta.

Robert Steele is CEO and Founder of The Enterprise Zone.

Robert Steele has dedicated his career to learning the art and science of sales and put that knowledge to work. As a founder of four companies, Robert understands that the CEO must be the best salesperson for the company.  His experience of raising capital for a start-up, turning around an entire organizations sales process and managing a publicly traded company, Robert understands the value of teamwork, building relationships, mentoring colleagues and driving value throughout the organization. Having closed in excess of $500,000,000 in Total Contract Value, Robert has been called relentless by his colleagues. In 1978, as a free agent for the World Champion Dallas Cowboys, Robert was the only free agent out of eighty hopefuls to make the 1978 football team that played in Superbowl XIII. Robert loves challenges and meets those challenges head on.

Robert is also the Founder of the Steele Center for Professional Selling at the University of North Alabama.

To connect with Robert, email here. Additionally Robert can be found on LinkedIn and on Twitter.

For more information on or to purchase Robert’s book, Steele Here, follow this link. 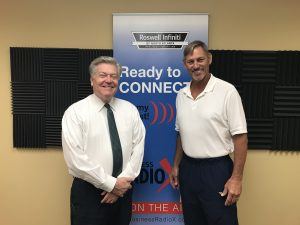