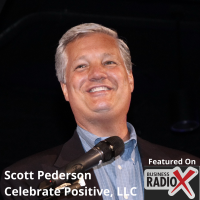 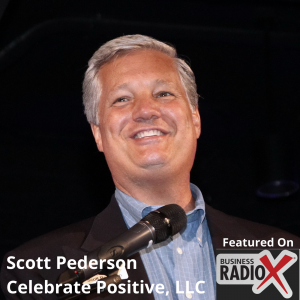 Scott Pederson, Positive Athlete, talks with host John Ray about how his organization recognizes high school athletes whose positive attitude and will to achieve have inspired others well beyond the field or court. “North Fulton Business Radio” is produced virtually from the North Fulton studio of Business RadioX® in Alpharetta.

Scott has spent over 35 years of his career marketing some of the most high-profile events, corporations and celebrities in the world. He has staged a World Series, helped develop the National Football League’s most high-profile grass-roots event property (Punt, Pass & Kick), and negotiated endorsement contracts for professional athletes. He has consulted with each of the four major sports leagues (NFL, MLB, NASCAR and NBA) and with many sports franchises. He has also designed numerous programs enabling clients to leverage their sponsorship investments at retail, including Miller Brewing Company, Gatorade, Pillsbury and General Mills.

Prior to founding Universal Marketing Associates in 1990 and before merging his company with Leader Enterprises, Inc., in 2000, he was director of Marketing at Oklahoma State, Director of Marketing for the Kansas City Royals, and Regional Manager for Miller Brewing Co. Sports.

Under his ownership/leadership of Leader Enterprises, the company grew to a $12 million agency with clients such as Nike, Motorola, TaylorMade, DirecTV, Vizio and General Mills to name a few. Leader’s marketing and public relations plan for Lance Armstrong’s “LiveStrong” yellow wrist band programs is considered one of the most successful cause-marketing campaigns in history.

Scott sold his interest in Leader Enterprises seven years ago and started Celebrate Positive, LLC so that he could focus his efforts on the marketing and development of a program called Positive Athlete. With the help of Super Bowl XL MVP Hines Ward, the Positive High School Athlete Awards were created in Pittsburgh and then in Georgia where over $400,000 in scholarships have been given away to student-athletes who have overcome obstacles, given back to their communities, and been a positive influence in their schools.

It is estimated that over 10,000 high school student-athletes will be nominated nation-wide in 2019-20 with market specific programs in New York, Michigan, Washington and Minnesota. In February of 2020, The Positive Athlete – 100 Inspirational Stories of High School Student-Athletes book was released and a weekly videocast was launched in May 2020.