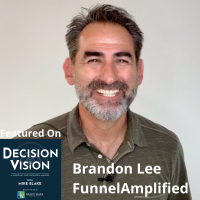 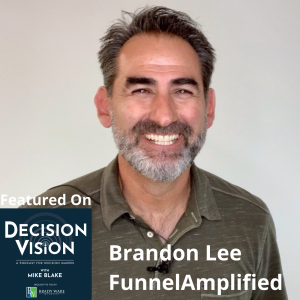 Decision Vision Episode 130:  Should I Forgive? – An Interview with Brandon Lee, FunnelAmplified

Shouldn’t this question be addressed in a personal or spiritual context instead of on a business podcast? No, says Brandon Lee, CEO of FunnelAmplified, because forgiveness is integral and essential not just to our personal lives but in business as well. In a riveting conversation, Brandon and Decision Vision host Mike Blake discussed Brandon’s own stories of forgiveness, what forgiveness is and isn’t, the impact on his professional and personal life, and much more.  Decision Vision is presented by Brady Ware & Company.

FunnelAmplified is the first digital and social engagement platform for sales teams. 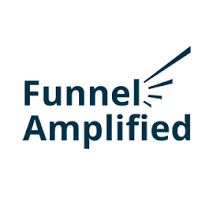 It was built for the enterprises designed to work with your existing tools to amplify sales and marketing efforts for your organization by enabling and facilitating social selling. The system amplifies social selling content, reach buyer enablement, and it does it with today’s modern buyer journey in mind.

Brandon’s passion is helping sales reps and teams use their digital presence and behavior on social media to build influence, establish trust, generate a large network, and use all of that to create conversations that lead to business opportunities.

When he is not working, Brandon is chasing his wife, Megan, around. They’ve been married for 22 years and have five children. Their kids are growing into young adults and it’s been an amazing time of life. Their fifth is a bit younger than the others so they will truly never be empty nesters. That’s okay. Brandon’s family is some of his favorite people in the world.