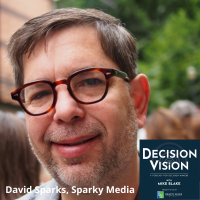 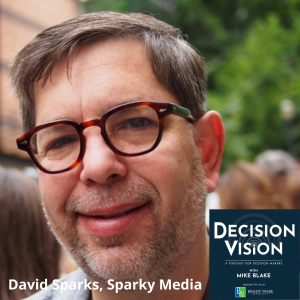 Decision Vision Episode 100:  Should I Start a Podcast? – An Interview with David Sparks, Sparky Media

“Should I start a podcast?” is a great question to be asked of someone who publishes not just one, but three different shows. David Sparks of Sparky Media joins host Mike Blake to discuss the “whys” behind his podcasts, how he balances his law practice with his podcast activity, and much more. “Decision Vision” is presented by Brady Ware & Company.

David Sparks is a nerd who podcasts about getting more out of your Apple Technology, Automating your life, and getting more focused. David also publishes MacSparky.com where he writes about finding the best tools, hardware, and workflows for using Apple products to get work done. David’s favorite thing to do is build the MacSparky Field Guides. When not doing all that stuff, David practices a bit of law.