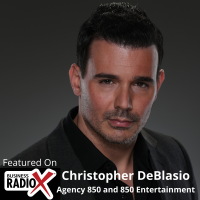 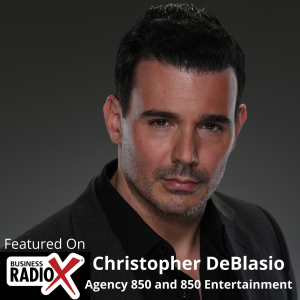 Chris DeBlasio, the CEO of Agency 850 and 850 Entertainment, is a television and film executive producer, public speaker and branding expert. He has +16 years in the entertainment business as both an actor and producer.

DeBlasio got his start at the School of Film in Manhattan, NY with teachers who instructed the likes of Edward Norton, Sarah Michelle Gellar, Peter Sarsgaard, and others. After receiving training he landed roles on the nationally broadcasted One Life to Live, CSI: NY and other day-time television. This early success gave DeBlasio the confidence to pursue a full-time acting career in Los Angeles California.

During his time in LA, Chris’s entrepreneurial spirit kept emerging. He started working with his contacts in the movie business to fulfill the emerging need for mobile content. Chris listened to their needs and developed a new way for movie content to be shown on smartphones. This technology took off and DeBlasio started Agency 850.

Agency 850 is now headquartered in Atlanta, GA which has a thriving entertainment industry. As CEO, DeBlasio oversees a staff of writers, producers, social media managers and branding experts to administer CEO and Personal branding services to leaders in cutting edge industries.

850 Entertainment’s studio is located in Marietta, Georgia. This is the headquarters for all movie and TV content produced by DeBlasio. The facility is over 16,000 sq. ft. with 4,000 sq. ft. of administrative offices and production facilities.

Through his own branding work and ability to be comfortable on stage, DeBlasio has been asked many times to speak to audiences about acting, the movie industry, as well as personal and CEO branding.

You can find Chris’s personal branding knowledge online by searching for his own professionally produced CEO branding show called “C-Level with Chris DeBlasio” where he discusses business success and strategy with CEOs from all over the world.