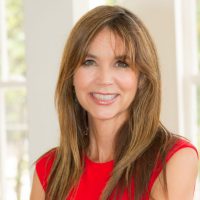 What My Grandfather Taught Me About Market Research, with Stephanie Stuckey, Stuckey’s Corp.John Ray
Download Audio 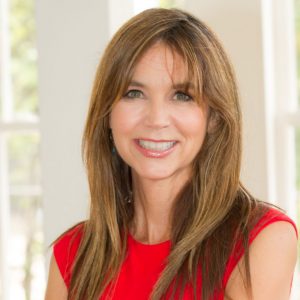 What My Grandfather Taught Me About Market Research, with Stephanie Stuckey, Stuckey’s Corp.

Stephanie Stuckey: [00:00:00] My grandfather really believed in people, and built the company based on trusted relationships, and he was less interested in whether somebody had an academic background that fit the business needs because, I think, he had to drop out of law school at the University of Georgia because it was during the depression, he couldn’t afford to finish. So he was largely self-taught with a lot of his business practices. And so, he looked for people who just had grit, and determination, and were hard workers. And so, he hired good people, he trained them up, and he believed in them, and he supported them.

Stephanie Stuckey: [00:00:42] A great example of his business method is how he ran his franchise operations. They were mostly husband and wife teams, they actually lived in the stores, they made a modest upfront investment, but my grandfather largely invested in the stores, and he told them, “If you’re not profitable, I’m not profitable, and I will buy the store back from you if you’re not profitable within a year.” So, he believed in them, and he empowered the store franchise owners to really be successful. And so, they had ownership shares in their stores.

Stephanie Stuckey: [00:01:19] The other thing he did was anyone who worked at Stuckey’s – so, he had a billboard company, he had a trucking company, he had a candy manufacturing plant at our peak – almost all of his employees had some ownership interest in the Stuckey’s stores. And so, that not only gave them ownership, but it made them work even harder because they were part of the brand. And so, that’s something I really value about my grandfather. And then, I will tell one anecdote that I love to repeat-

Stephanie Stuckey: [00:01:50] … about how he really just did shoe-leather learning. He was boots on the ground, he would go to his stores, he would observe how people shopped. He was an undercover boss well before that show ever came about. And he just observed and he learned by doing. And so, the story I like to tell is the way he figured out how far apart to space the stores, he would get in his pickup truck, and he would get a cup of coffee, he would drink it as he was driving. And when he needed to use the facilities and pull over, that’s how far apart he would space the stores. So, it’s that kind of just learn by doing and real practical stuff.

Stephanie Stuckey: [00:02:31] I was actually talking to some professionals and the roadside convenience store business, and they said, “Well, we’ve got all these metrics we use, and we figure out how long it takes between gas tanks, like you need to fill up every 300 miles based on having a full tank of gas.” And I said, “My grandfather’s method is so much better than that.” Anyone who’s ever traveled with kids knows you do not pull over when the gas tank is empty. You pull over when your kids need to use the restroom.

Stephanie Stuckey: [00:03:06] So, I think that’s just common sense learning that I really take from my grandfather.

The “One Minute Interview” series is produced by John Ray and in the North Fulton studio of Business RadioX® in Alpharetta. You can find the full archive of shows by following this link.