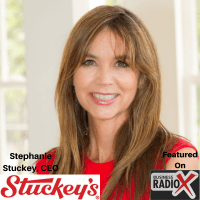 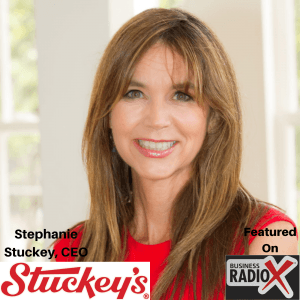 Stephanie Stuckey, CEO of Stuckey’s, joined host John Ray on the show to discuss the return of Stuckey’s to family ownership, her strategy in reviving this iconic brand, her passion for the “Great American Road Trip,” and much more. “North Fulton Business Radio” is produced virtually from the North Fulton studio of Business RadioX® in Alpharetta. 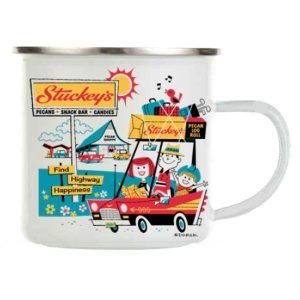 Until October 31, 2020, Stephanie is offering Business RadioX listeners a chance to win a “Find Highway Happiness” Campfire Mug. To register, follow this link.

This mug is designed by Derek Yaniger, an American artist who worked for Marvel in the 1990s, penciling such titles as Hellraiser and Web of Spider-Man as well as Transformers: Generation 2. Yaniger has also done illustration work for Cartoon Network.  Today he does freelance magazine work, and sells original artwork heavily influenced by the illustration styles and Tiki culture of the 1950s.   Visit his website at:   http://www.derekart.com/index.html.