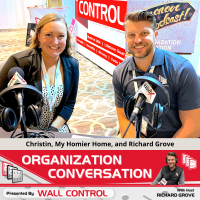 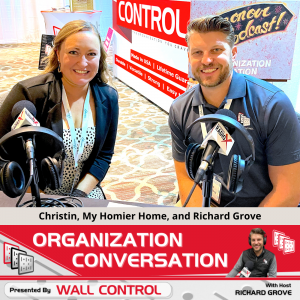 Christin from My Homier Home joined host Richard Grove to talk about moving from being a math teacher to DIY blogger, her roots learning DIY from her grandfather, her experience at HAVEN, and much more.

Christin’s mission at My Homier Home is to help you become a confident DIY decorator to create a cohesive home to enhance your daily life.

The heart of your family lives at home and shifting focus to the purpose your home serves for your family can open the doors to ensuring you get those feels you so desire.

Creating a cohesive, more homier home will be the best thing you ever did for your family, but also for yourself… and she’s going to help you get there!

As a home decorating consultant and former high school math teacher, Christin has the unique opportunity to combine her passions here with My Homier Home.

Christin’s husband was promoted in 2015 which led to a huge move from the Chicago ‘burbs to the Indianapolis ‘burbs.

Their new home was double the size of the old one and not really a “move-in ready” by her standards, so Christin decided to document the progress of improvements in February of 2017… riiigghhhht about the time she’d had enough of the lackluster vibes from their home. 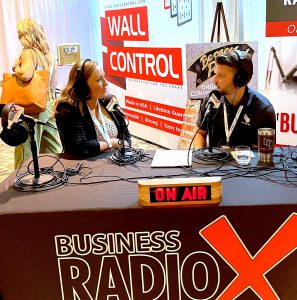