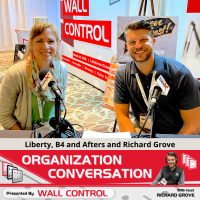 LIVE from HAVEN 2022: Liberty, B4 and AftersJohn Ray
Download Audio 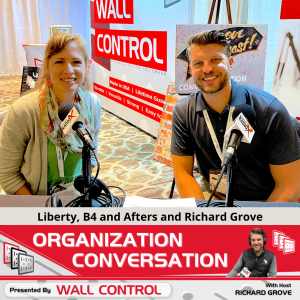 LIVE from HAVEN 2022: Liberty, B4 and Afters (Organization Conversation, Episode 40)

Liberty with B4 and Afters Blog joined Richard in the Wall Control Booth at her first HAVEN Conference. She shared with Richard how she got into DIY blogging, her experience at HAVEN, the farmhouse she’s working to remodel now, her organization needs, and much more.

Liberty loves crafting things for herself, her home, and friends and family.  She is all about making her home more comfortable and pretty for those who live here and those who visit.

At their rancher, Liberty did a ton of projects by herself.  They have since moved to a 4 story farmhouse (including the basement and attic) on 3 acres and the work now sometimes involves her husband.

She also enjoys baking and making seasonal décor from discarded materials. You will find lots of colorful Patriotic and Christmas Décor, as well as other holidays in her blog.

Liberty began this blog to show you practical, frugal, and creative ideas that you can use as you put together handmade things for your home or for other people. She hopes that her home projects and crafty ideas inspire you to try your own ways of making your surroundings more enjoyable, more comfortable, more useful, and more beautiful!

Liberty is married to a talented machinist husband and has been a homeschooling mom of two children (a girl and a boy) since 2013.  She has a part-time office job, teaches piano lessons, and enjoys playing the piano and organ at her church.

In 2017 she trained for and accomplished a hike to the bottom of the Grand Canyon and back out in 2 days.  Liberty enjoys biking, baking, and gardening.  She works on before and afters in her free time–sometimes in the blessed quiet after everyone else has gone to bed.

And so she thinks about whether a life spent on projects is time well spent. This is what she realized: that it is good to enjoy life. You will find her enjoying life often by doing projects.  Maybe the way you enjoy life is different.  That is okay.  God made people differently. 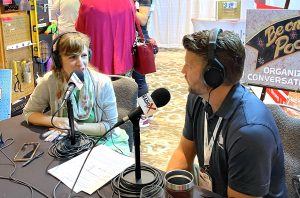