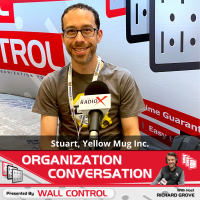 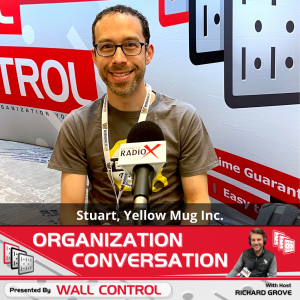 Stuart, owner of Yellow Mug, Inc., attended his second WORKBENCHcon and joined Richard Grove and Stephanie in the Organization Conversation booth at the show. Stuart described how he started creating furniture as well as commercial prototypes. He discussed his appreciation of the Wall Control system, his best clients, and more. Organization Conversation is broadcast from the North Fulton studio of Business RadioX® inside Renasant Bank in Alpharetta.

Based just west of Chicago, Yellow Mug has clients across the USA, and in addition to building, they can handle the shipping and installation.

A wide range of capabilities and hands-on approach enables them to stay connected to our customers and tackle many types of projects.

Past examples include furniture, art, lighting, and prototypes of new ideas. 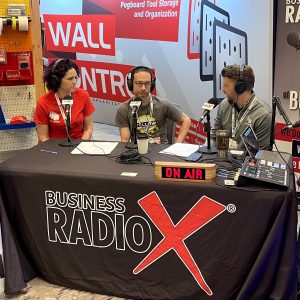 Organization Conversation features interviews with movers and shakers in storage and organization, from professional organizers to the creative and talented Brand Ambassadors who use Wall Control products every day. You’ll hear tips, tricks and how-tos for storage and organization, as well as receive first access to Wall Control promotions. We talk with our suppliers and partners to give you a look behind the scenes at how we operate, what makes our family-owned and operated brand tick, and some of the fun and interesting insights that go into making our business run. We love our guests, as they are engaging and entertaining with interesting experiences to share. By focusing on those guests and the amazing stories they tell, we hope you will be enriched and find your time listening to the Organization Conversation podcast as time well spent.