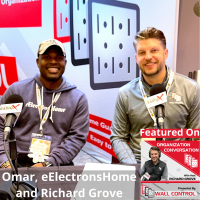 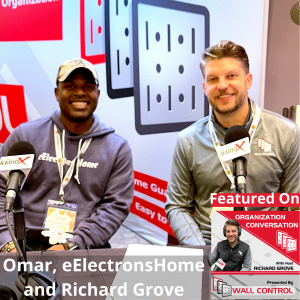 Live from WORKBENCHcon 2022, Omar from eElectrons Home joined Richard Grove in the Wall Control booth. Omar shared his passion for technology and woodworking and using that to help his customers create a home they love. He and Richard talked about his love of taking things apart and figuring out how they work, his upcoming projects, and much more.  Organization Conversation is broadcast from the North Fulton studio of Business RadioX® inside Renasant Bank in Alpharetta.

Omar is the owner of eElectrons Home.  It stands for the things he loves: eElectrons is for technology and science. The home part is for construction, woodworking, home decor, and renovation.

Omar is a woodworker and it is his passion. He is married and has four daughters. He is proud to be a girl dad. 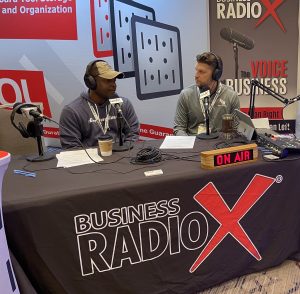