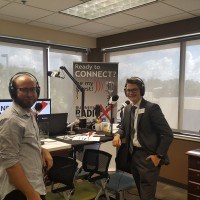 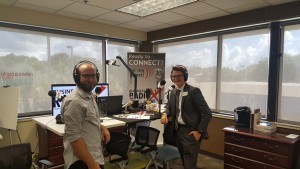 Since 2005 Doug has worked as a Producer, DP, and Post-specialist. His career began in Virginia as a producer and creative director for several ABC affiliates before taking a position with the full service production house, DIGICO Shoot | Post | Design. In 2014 he left DIGICO to pursue freelance work beginning with a four month contract post-producing political ads for the mid-term election cycle at MeanGreen Media. Doug’s work has been seen on numerous local, regional and national broadcast networks. In August, 2016 he relocated to Pensacola, Florida. Past clients include CNN International, Travel Channel, Animal Planet, Petfinder.com, The Andrews Institute, Sprint, Boeing, Rosetta Stone, Visit Pensacola, PBS, James Madison University, Extra Life/Children’s Miracle Network, Trex Company, and many others.

Zachary Sahin
Florida FBLA State President
FBLA is an American career and technical student organization that has its headquarters in Reston, Virginia. Established in 1940, FBLA-PBL is a non-profit organization of high school (“FBLA”), middle school (“Middle Level”), and college (“PBL”) students, as well as professional members (“Professional Division”), who primarily help students transition to the business world. FBLA-PBL is one of the largest student-run organizations in the United States of America[citation needed], with 253,365 members, and the largest career student organization in the world. Local FBLA-PBL chapters are often connected to their school’s business education department, and most advisers are business education teachers. It is one of the top 10 organizations listed by the U.S. Department of Education.[2] FBLA’s national charity partner is the March of Dimes, and the March of Dimes provides grants of $1,000 for local chapters and $2,500 for state chapters to promote their goals.
(850) 619-1045
zacharysahin@yahoo.com
fblapres@floridafbla-pbl.com