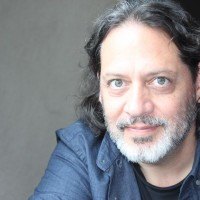 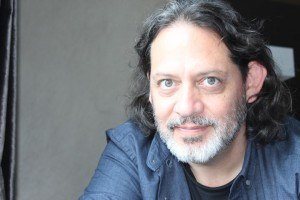 With more than 20 years of experience in advertising, Ricardo’s work has garnered numerous awards including Cannes, San Sebastián, Communication Arts, the One Show, The New York Festivals, FIAP, London Festival, El Ojo de Iberoamérica and Círculo Creativo among others.

Ricardo has participated in creative workshops at D&AD London and the Cannes creative leaders program. He has judged at the Effie, Addy’s, The New York Festivals, Ojo de Iberoamérica and Círculo Creativo. He has also been speaker at international venues and has been featured in Communication arts, P&C, LatinSpots and other trade magazines. 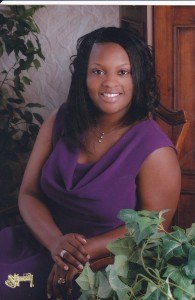 The Sharen Rooks Agency is a Public Relations and Marketing Firm that provides extensive marketing and PR services for clients worldwide. Our customized approach creates a unique experience for our clients!
Sharen Rooks is a trusted public relations officer. Her impressive roster of clients includes, Christie B. Taylor (Living Life Seminar, Facilitator, screenwriter, and actress), Ambassadors of Memphis,  Position Me Now (PFM), Name Game, Ladies of Armor and HHARP just to name a few.  She was also a selected participant in ABC Networks’ Shark Tank.
Sharen served as the Public Policy Speaker for National Association of Women Business Owners Memphis Chapter (NAWBO). She was listed in 50 Women Who Make A Difference (Memphis Women Magazine, July 2005.) Sharen has appeared in two films: 100 Lives written and directed by Phil Wallace (2008) and N-Secure written by Julius Lewis and Christie Taylor (2008). She was featured in a 2009 issue of NuStyle Memphis magazine.  She is also the Marketing Coordinator for Jumpstart Your Business Memphis (JYBM). Event Coordinator, Born 2 Win and Annual, ALL THAT JAZZ FEST! Creator of Marketing Done Right Series, quarterly workshops for aspiring business owners, small to medium size companies.Sharen volunteers much of her time to education, outreach ministries, domestic violence efforts and women issues.  She coordinates the annual Born 2 Win fundraiser concert for various nonprofits, during the month of June. Helping to shed light on domestic violence issues and awareness of various cancer diseases.  She also lent time to Delta Sigma Theta, where she served as an honorary judge for the Mother of the Year 2005 competition. She is a former National Advisory Board for NAWR (National Association of Women on the Rise). and former volunteer Chair for On Location Memphis. Most recent, community appointment as an advisory board member for Shelby County Relative Care Givers Program. Proud and active member of the National Public Relations Society, member of Tennessee Women Film and Media in addition, to being active supporter of City of Memphis C.O.P.S program with Memphis Police Department and a recent graduate of Memphis Citizens Police Academy.

As her testimony of the fortitude she found through faith, Sharen Rooks authored What Happens When God Moves (ISBN 9781420830125) – a truly inspirational story about the life of a young woman and the many trials and tribulations she experiences over a decade. Her story is riveting and includes some really horrific circumstances that would break some of the strongest people down. Her story includes an incident of incest which results in pregnancy, the death of a child, brief incarceration, witnessing a shooting, almost becoming homeless, and losing her job. Through the grace of God, these adversities develop this young entrepreneur into a very successful businesswoman, motivational speaker, consultant, singer, actor and author.

This true story should inspire others to never give up and keep the faith and to walk in the direction that the Lord is leading you in at all times. The book will also minister to couples facing rocky times in their marriage. The struggle comes before success! The story unfolds to reveal God’s true purpose for living in victory!