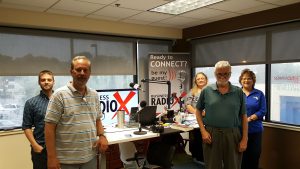 Cultivating and captivating audiences with a range of entertainment options. Experience musical performances from acts from across the country and local to the Gulf Coast, movies, dinner events, and so much more in Milton.  The Imogene Theatre is an intimate, premier music venue built in 1912 and fully restored to its original charm, hosting live entertainment only minutes from Pensacola.

Upcoming events at The Imogene Theatre.

Learn more about any of these events on our event page:
https://www.facebook.com/TheImogeneTheatre/events

David Overman-Karmic Contract
“The late fifties brought on the greatest change in consciousness,other than the internet, within the last 50 years, starting with the beatniks and culminating with the hippies. This generation woke up and asked, “What kind of world are you guys creating for us?” With the advent of birth control pills, nuclear weapons, an increasingly complex multicultural society and a new found sense of individuality,spirituality, freedom and love, the hippies realized, it’s not all about buying and getting, but, of  peace, love, service to humanity and the planet. What would John Lennon Do? But, was it all socially engineered? How did the awakening drift back to sleep, in today’s world of unquestioned authority and warmongering. Follow David in the reverse evolution of consciousness within the last 50 years, in his groundbreaking novel, Karmic Contract. Available at the Createspace bookstore and Amazon Kindle.”
“At the age of 15, David asked the Universe for the answers to all questions. His thoughts were replaced by “right” thoughts”, which resulted in a resolution of dualities, or of balancing them. in order not to be drawn in by the Hegelian Dialectic. In 1981,the RA material was channelled by a scientific team. The philosophy and way of the Universe, mirrored the information David received in 1971. The book is about service to others,as service to self, in a spiritual journey through the dimensions of the universe, as monism, a philosophical view shared by Albert Einstein, wherein the Creator is in all things, as All is One. The philosophy eliminates strife between the man made divisions between all humans regardless of race color creed or religion, by using empathy, and of being of service to others. This book needs to skyrocket, in order to heal the planet and avert nuclear holocaust, created by the blind acceptance of Abramic religions.
What are the odds that in an 8 dimension Universe, infinitely expanding and growing, that the Earth would be the center?

The Northwest Florida Area Agency on Aging, Inc., Aging and Disability Resource Center is not a direct provider of health or social services but rather the administrative agency for our area. The Agency collaborates with community-based service providers in the planning, coordination, development and evaluation of programs and services currently available for those residents who are 60 years old and older. The Aging and Disability Resource Center provides information and referral services to the aging population and well as persons with developmental disabilities.

Through the Elder Helpline’s “one stop shop” the Aging and Disability Resource Center’s staff:

All elders, persons with developmental disabilities and their families and community service agencies have access to the Information and Referral network. The Information and Referral Elder Helpline staff initially receives the all Aging and Disability Resource Center calls. Information requests may require a response as simple as a phone number or may involve research by the Information and Referral Specialist to provide the needed information. When a referral is needed, the Specialist will forward the consumer information and service request to the appropriate health or social service agency. The Specialist will call the consumer back within 14 days to see if the information/referral provided met the individual’s needs. If with the original Information and Referral call it appears that a consumer might benefit from services provided through the Florida Department of Elder Affairs aging network, the information is forwarded to the Intake Department of the Aging and Disability Resource Center. The consumer will be contacted and a telephone screening will be performed. The responses will be entered into a statewide computerized database and a “priority score” will be calculated for the consumer. The higher the priority score the more likely a client is to receive services from one of the aging network funded programs. When funding becomes available the client with the highest priority score becomes eligible to receive services. There may be times when a waiting list for services exists. Certain service programs may require a specific medical diagnosis, a consumer co-pay for the provision of services or the willingness to self-pay.