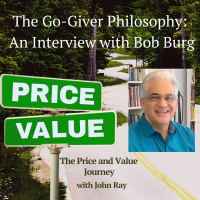 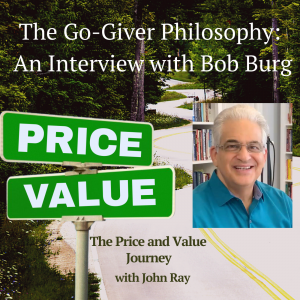 The Go-Giver Philosophy: An Interview with Bob Burg

Bob Burg, coauthor of the best-selling book The Go-Giver and Hall of Fame keynote speaker, joined host John Ray to discuss the philosophy of being a go-giver, what it means, why giving and receiving are not opposites, why giving does not mean giving away services, how to view price and value, and much more. The Price and Value Journey is presented by John Ray and produced by the North Fulton studio of Business RadioX®.

To learn more about The Go-Giver Community Network, which Bob mentioned during the show, follow this link.

Bob Burg, Coauthor of The Go-Giver and Hall of Fame Keynote Speaker

Bob Burg shares how a subtle shift in focus is not only a more uplifting and fulfilling way of conducting business but the most financially profitable way, as well. For 30 years he’s helped companies, sales leaders, and their teams to more effectively communicate their value, sell at higher prices with less resistance, and grow their businesses based on Endless Referrals.

Bob has regularly addressed audiences ranging in size from 50 to 16,000 — sharing the platform with notables including today’s top thought leaders, broadcast personalities, Olympic athletes, and political leaders including a former United States President.

Although for years he was best known for his book Endless Referrals, it’s his business parable, The Go-Giver (coauthored with John David Mann) that captured the imagination of his readers. 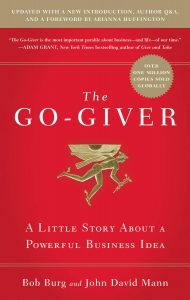 The Go-Giver, a Wall Street Journal and BusinessWeek Bestseller, has sold over a million copies. Since its release it has consistently stayed in the Top 25 on Porchlight’s (formerly 800-CEO-READ) Business Book Bestsellers List. The book has been translated into 30 languages. It was rated #10 on Inc. Magazine’s list of the Most Motivational Books Ever Written and was on HubSpot’s 20 Most Highly Rated Sales Books of All Time.

Bob is the author of a number of books on sales, marketing, and influence, with total book sales approaching two million copies.

Bob is an advocate, supporter, and defender of the Free Enterprise system, believing that the amount of money one makes is directly proportional to how many people they serve.

He is also an unapologetic animal fanatic and served on the Board of Directors of Furry Friends Adoption and Clinic in his town of Jupiter, Florida.