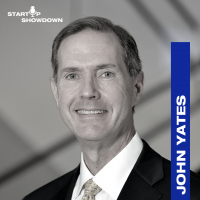 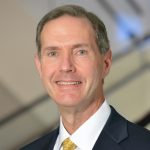 Mr. Yates has practiced exclusively in the technology law field for 30 years. He chairs the Technology Group at Morris, Manning & Martin, LLP, one of the leading law firms in the country. The firm represents private and public technology companies, entrepreneurs, and business services companies throughout the U.S. and globally.

He is nationally ranked in Chambers USA: America’s Leading Lawyers for Business as a top lawyer in venture capital. He frequently speaks at national and international conferences on technology law issues and has delivered more than one hundred speeches in his career.

His articles have been cited in the tech law area, including citation by the U.S. Supreme Court in Kodak vs. Image Technical Services. He is the author of articles published in Law and Business of Computer Software, Handbook of Business Management, Atlanta Journal-Constitution, TechJournalSouth, and LocalTechWire. He is frequently quoted in publications, including The Wall Street Journal, The Economist, and Atlanta Business Chronicle. Mr. Yates has been recognized in a Harvard Business School case study (“Ockham Technologies: Living on the Razor’s Edge”) as a leading lawyer representing fast-growth companies.

Nonprofit service includes the Board of Visitors – Duke University School of Law, Board of Trustees – Furman University, Emory New Venture Advisory Board, Director Emeritus – United Way of Metro Atlanta’s Tech Initiative, and Advisory Board of CURE Childhood Cancer. He and his wife were named the 2009 Volunteers of the Year by the DeKalb County YMCA.