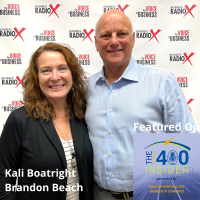 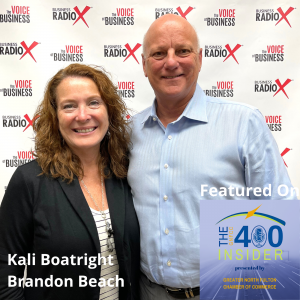 North Fulton CID Executive Director Brandon Beach joined host Kali Boatright to discuss his career journey, the history of the North Fulton CID, infrastructure improvements the organization has funded, wider transportation projects which are improving the quality of life in North Fulton, and much more.  The GNFCC 400 Insider is presented by the Greater North Fulton Chamber of Commerce and produced by the North Fulton studio of Business RadioX®.

The North Fulton Community Improvement District (NFCID) is a self-taxing district that was formed in 2003 by a group of business leaders committed to maintaining and enhancing the North Fulton community. With the goal of investing in a more vibrant and sustainable North Fulton, the CID advances infrastructure projects that enhance the livability, walkability and drivability of the entire community. The NFCID spans from Mansell Road north to McGinnis Ferry Road, serving as a catalyst for transportation planning, investment and improvement.

Commercial property owners within the District’s boundaries pay a voluntary tax, which funds the NFCID’s efforts. The CID’s mission is to work continuously to improve the economic viability of its district. This includes the development of efficient transportation services, with an emphasis on access, mobility, diversification and modernization.

The NFCID partners with the three cities that fall within its boundaries – Alpharetta, Milton and Roswell – to design and implement projects that improve the community of North Fulton. The NFCID regularly solicits input from its members for new projects and any member can submit requests to the NFCID for consideration.

Since its inception, the NFCID has leveraged more than $22 million to advance more than $116 million worth of transportation and infrastructure improvements. The North Fulton CID is committed to further enhancing the community and improving the quality of life for the nearly 400 property owners along the Georgia Highway 400 corridor and North Fulton’s more than 270,000 employees.

Beach was also elected to the State Senate in 2013. He represents District 21 which includes portions of Cherokee and Fulton counties. Senator Beach is the Chairman of the Transportation Committee. He is also a member of the Economic Development, Higher Education and Science and Technology committees. Senator Beach served as the Chairman of the Public Private Partnership Committee (P3 Committee). Under his leadership, the P3 Committee was able to acquire key local transportation projects approved for Cherokee and North Fulton.

In 2001, Governor Sonny Perdue appointed Sen. Beach to the board of Georgia Regional Transportation Authority (GRTA). In 2008, he was selected to chair one of GRTA’s most important committees — The Land Development Committee. In this role, Sen. Beach is responsible for leading a review of every significant development brought before the 16-county area that GRTA serves. Sen. Beach was elected to the Board of the GDOT by state legislators from the 6th Congressional District in 2008. Senator Beach is a member of numerous community boards including the Regional Business Coalition, Grady Hospital Board of Visitors, the Greater Metro Atlanta American Heart Association, the Georgia Association of Chamber of Commerce Executives, Encore Park and the Historic Roswell Convention and Visitors Bureau.

Senator Beach received an undergraduate degree from Louisiana State University and a Masters in Business Administration degree from Centenary College. He is also a graduate of the Regional Leadership Institute and a former member of the Alpharetta City Council and the Alpharetta Planning and Zoning Commission.

He and his wife, Shuntel, have two children and have lived in Alpharetta for the past 24 years. 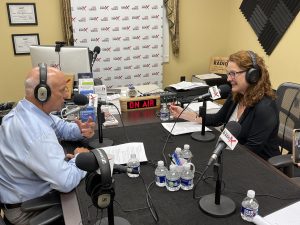