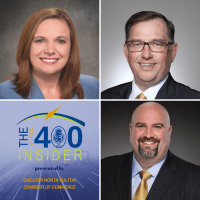 The pandemic environment has created a number of legal issues, touching everything from commercial leases to employees to legal liability. This GNFCC North Fulton Legal Forum, with three accomplished legal experts as panelists, addressed many of these issues. The PowerPoint deck associated with this webinar can be found here. This webinar was jointly presented by the Greater North Fulton Chamber of Commerce and Roswell Inc..

The host of “The GNFCC 400 Insider” is GNFCC CEO Kali Boatright, and the show is presented by the Greater North Fulton Chamber of Commerce and produced by the North Fulton studio of Business RadioX®. Business RadioX is the Media Sponsor for this series of Economic Recovery Forums. 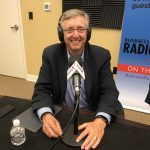 Steve Stroud is a community leader, currently serving as the Executive Director of Roswell Inc, which promotes economic development through a public-private partnership with the City of Roswell. Roswell Inc, under Stroud’s leadership, has marketed an expanded Opportunity Zone, increasing the number of certified businesses, and launched networking/educational/informative programs to assist and retain local businesses. Stroud and his staff continue to forge an open line of communication between business owners, developers, citizens, corporations, non-profits and various entities. Roswell Inc continues to foster these relationships to enhance the quality of the community.

Previously, Stroud owned and operated Stroud’s Printing and Design for 30 years in Roswell, Georgia. Stroud has actively participated in community and nonprofits throughout Roswell for over 20 years. Stroud attended Georgia State University, with a focus in political science. A Roswell native, Stroud remains residing in Roswell, Georgia with his wife and three daughters.

For 18 years, Roswell-area and Georgia businesses in a variety of industries have turned to attorney Heather Brown, Brown Law LLC, for help litigating cases. Her track record of success has earned her a loyal and ever-growing client base. Specific areas of her business law practice include creditor’s rights (both in and out of bankruptcy courts), contract disputes and commercial real estate disputes.

When not practicing law, Heather also finds time in her busy schedule to volunteer. She is passionate about helping others with a particular focus on disadvantaged women and children. She has also served in a variety of roles with several organizations that include:

John Herbert is the managing partner at Herbert Legal Group and has been providing flat fee legal and advisory services in North Fulton since 2013. John’s primary practice area is concentrated in commercial practice for small- to medium-sized businesses but also includes some real estate services and commercial litigation. In addition to North Fulton, the HLG’s client base spans six continents with a heavy concentration in Africa. John has been practicing law since 1994. John has a B.S. in Polymer & Textile Chemistry from Georgia Tech and a Juris Doctor from Georgia State University.

Kurt R. Hilbert is the Managing Member and Founder of The Hilbert Law Firm, LLC. He is a seasoned litigator, an AV Preeminent rated attorney by Martindale Hubbell, and repeatedly honored by his peers as an America’s Top 100 High Stakes Litigators, Georgia Rising Star Super Lawyer, ALM Legal Leader as featured in the Wall Street Journal, and Best Attorney in North Fulton County, Georgia 2014-2020. Mr. Hilbert can handle your matter all the way to the United States Supreme Court.

He has crafted a practice that provides a wide array of services to clients ranging from banking institutions and large corporations to small businesses. Hilbert is also a Certified Civil Mediator in the State of Georgia and has been certified as an expert witness in several GA cases involving real estate. Hilbert’s primary areas of expertise involve real estate, construction, banking, employment, and corporate matters. Hilbert oversees all litigation matters and cases at the firm to provide comprehensive customer service.