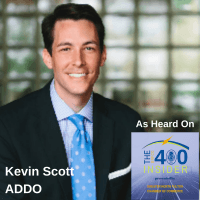 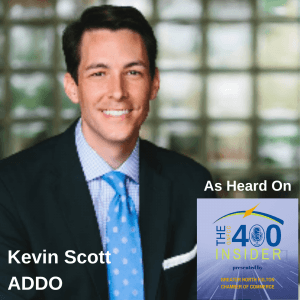 Kevin Scott, Co-Founder of ADDO, is the keynote speaker as the Chamber recognizes the 2020 graduating class of Leadership North Fulton.  The host of “The GNFCC 400 Insider” is GNFCC CEO Kali Boatright and the show is presented by the Greater North Fulton Chamber of Commerce and produced by the North Fulton studio of Business RadioX®. John Ray and Business RadioX was the media sponsor for this event.

Kevin Paul Scott has traveled to six continents and spoken to leaders from more than 100 countries.  Kevin co-founded the leadership consultancy ADDO, which is Latin for “Inspire.” In addition to working with businesses and brands, ADDO has developed the national Chick-fil-A Leader Academy program, the Atlanta Braves Leadership Institute, and other leadership programs from cradle-through-career.
Kevin is the author of three books, including his latest The Lens of Leadership. In consecutive years, Kevin was named to the “40 under 40′ lists for Georgia Trend and then the Atlanta Business Chronicle. Kevin is a frequent guest on numerous media outlets, including Fox News, CNN, and MSNBC. He lives with his wife and son in Marietta, Georgia.
Find out more about ADDO at their website.