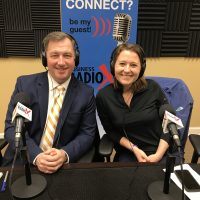 The Milton Business Alliance (MBA) was formed in 2009 and run by volunteers since its inception. The MBA board spent the last year investigating options to further support Milton businesses and discovered nearly half of their members are also currently members of the Greater North Fulton Chamber of Commerce (GNFCC). The MBA Board believed moving to a council model with the GNFCC provided the most benefit to Milton area businesses. Consequently, the MBA Board voted to merge MBA with GNFCC to create the Milton Business Council.

For more information, go to miltonbusinesscouncil.com

Sarah LaDart joined the City of Milton as economic development manager in December 2014. In her position, LaDart acts as a link between the city’s business community and its government.

Prior to joining Milton, LaDart spent five years doing economic development for North Fulton at the Greater North Fulton Chamber of Commerce and Progress Partners of North Fulton Atlanta. In that time, some of the more notable projects she was involved with were: GM bringing 1,000 jobs to Roswell; the Opportunity Zones in Roswell, Sandy Springs, and Alpharetta; and the Avalon development in Alpharetta.

LaDart serves as the Co-Chair for North Fulton Hospital’s Women’s Advisory Board, sits on ARC’s Millennial Advisory Committee, and volunteers with Saint Joseph’s Hospital’s Angels of Mercy. She is also a graduate of the Regional Leadership Institute (2012) and Leadership North Fulton (2010).

LaDart earned her MBA from Kennesaw State University and her bachelor’s from the University of Tennessee, Knoxville.

John Herbert is the Founder and Owner of Herbert Legal Group. John is a member of the Board of Directors of the Greater North Fulton Chamber of Commerce, was a Board Member of the Milton Business Alliance, and serves as the first Chairman of the newly-formed Milton Business Council. 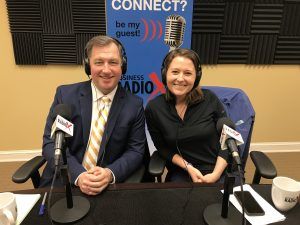