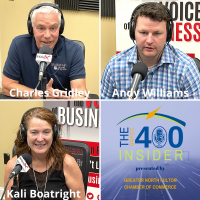 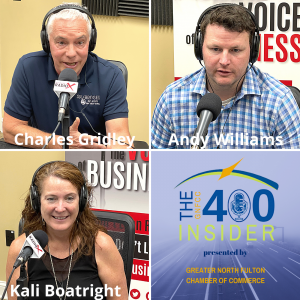 Charles is a chemical engineer and graduate of Georgia Tech. He previously worked in production manufacturing for Heraeus Tenevo and Baldor Electric.

The Topside Tap Trail is comprised of seven branded breweries in metro Atlanta’s “topside,” located in the cities of Roswell, Alpharetta, and Sandy Springs, Georgia. The trail was established to ensure North Fulton’s beer culture along the GA400 corridor gets the acclaimed recognition it deserves. The tap trail is brought to you by Visit Roswell, Awesome Alpharetta, and Visit Sandy Springs,

Visit Roswell is the destination’s convention and visitors bureau. Often referred to as a destination marketing organization (DMO), their organization incorporates targeted advertising and marketing programs with sales and public relations efforts to build the image of Roswell as a travel destination and increase visitation to the city.

A graduate of Young Harris College with an Associate of Science degree and Georgia Southern University with a Bachelor of Science: Tourism & Commercial Recreation, Williams began his tourism career as a Project Coordinator with the Madison-Morgan Convention and Visitors Bureau in Madison, Georgia in 2007.

In 2011, he became a Sales Manager for the Dunwoody Convention & Visitors Bureau, where he later became Director of Sales.

Williams has received several awards in his career, including Rookie Rotarian of the Year (2008-2009); Historic Heartland Travel Association Member of the Year in 2010; Meeting Professionals International – Georgia Chapter’s Rising Star of the Year in 2013; and Special Events Magazine’s 25 Young Event Pros to Watch in 2018.

Williams and his wife Ryan, have two children.