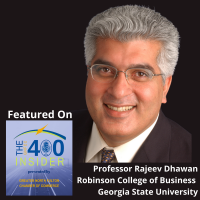 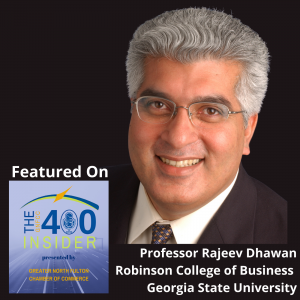 Georgia State University’s Dr. Rajeev Dhawan joined this GNFCC WellStar Chamber Luncheon to offer his perspective on the metro Atlanta, Georgia, and national economies. He also commented on singular advantages which North Fulton possesses which aid in recovery, and why he believes a national recovery will not begin in earnest until 2022.

As director of one of the country’s premiere forecasting centers, Dhawan develops forecasts for the U.S., Southeast regional and local metro Atlanta economies. These forecasts are regularly published and presented to business executives and the media at the Center’s popular, well-respected quarterly forecasting conferences.

Dr. Rajeev Dhawan has served as an advisor to several local and state government agencies and numerous publicly-held companies such as Coca-Cola, Georgia Power, Raymond James and Turner Broadcasting, among others. He currently serves as the chair of the advisory committee for regional growth for the Atlanta Regional Commission and is also a member of the Georgia Governor’s Council of Economic Advisors since 2003.

Dr. Dhawan’s academic research analyzes U.S. business cycles with a special emphasis on the role of credit markets on growth and survival of small firms.